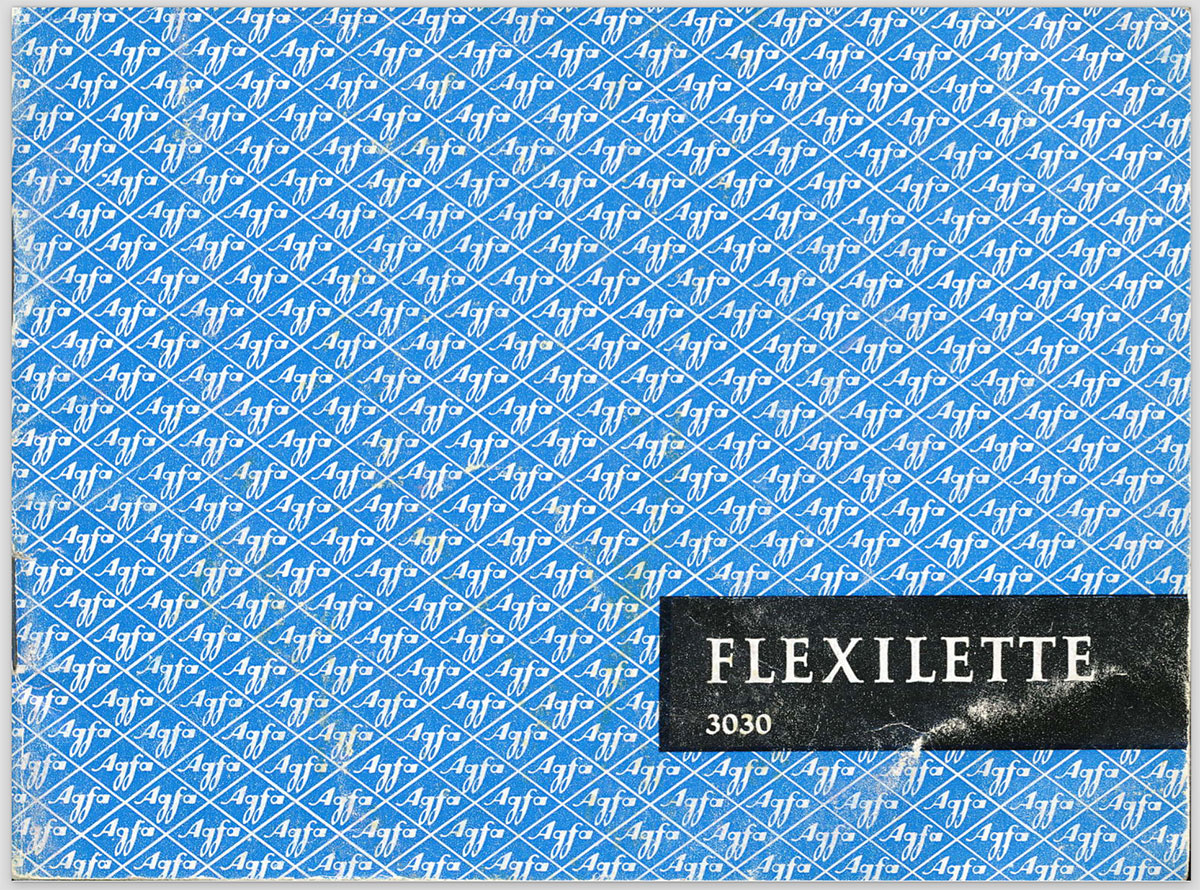 TLR means twin lens reflex. Unlike SLR:s, TLR features 2 lenses and a mirror. Most TLR cameras are made for medium format film. 35mm film TLR:s are a rare breed, Agfa Flexilette being one of those.

Flexilette itself is a rare find. It’s been manufactured in 1960-61, succeeded by Agfa Optima Reflex camera. Agfa struggled to compete with the growing range of SLR cameras and gave up after producing these 2 models. Today Flexilette represents a unique camera with an unusual design, waist-level viewfinder, twin lenses, durable mechanics, and it is guaranteed to draw at least some attention in today’s world full of technology. 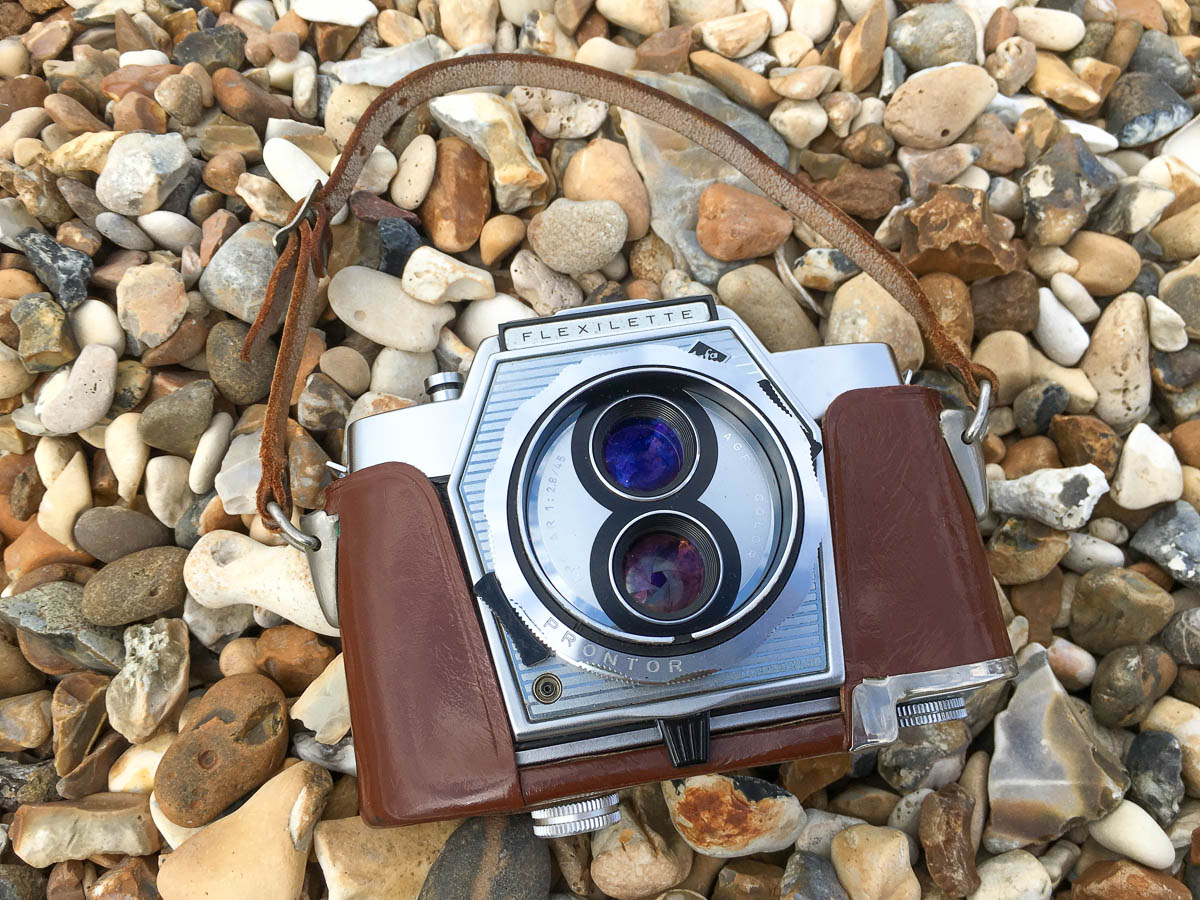 We got Flexilette during one of the recent camera fairs in Westminster. In perfectly working condition, with original case. Since then I’ve been using it as an everyday 35mm film camera, compact enough to always fit into my backpack. It is not the lightest camera, most of the body is made of metal after all. But it feels very good in hands, with no sharp edges, nice and rounded body and easy to press buttons.

Now that you are the proud owner of an Agfa Flexilette twin-lens reflex camera you will be able to take wonderful photographs as a constant reminder of the past. You are to be congratulated on your choice. — Official manual.

A word of warning if you are reading this on mobile connection - this post contains lots of pictures. 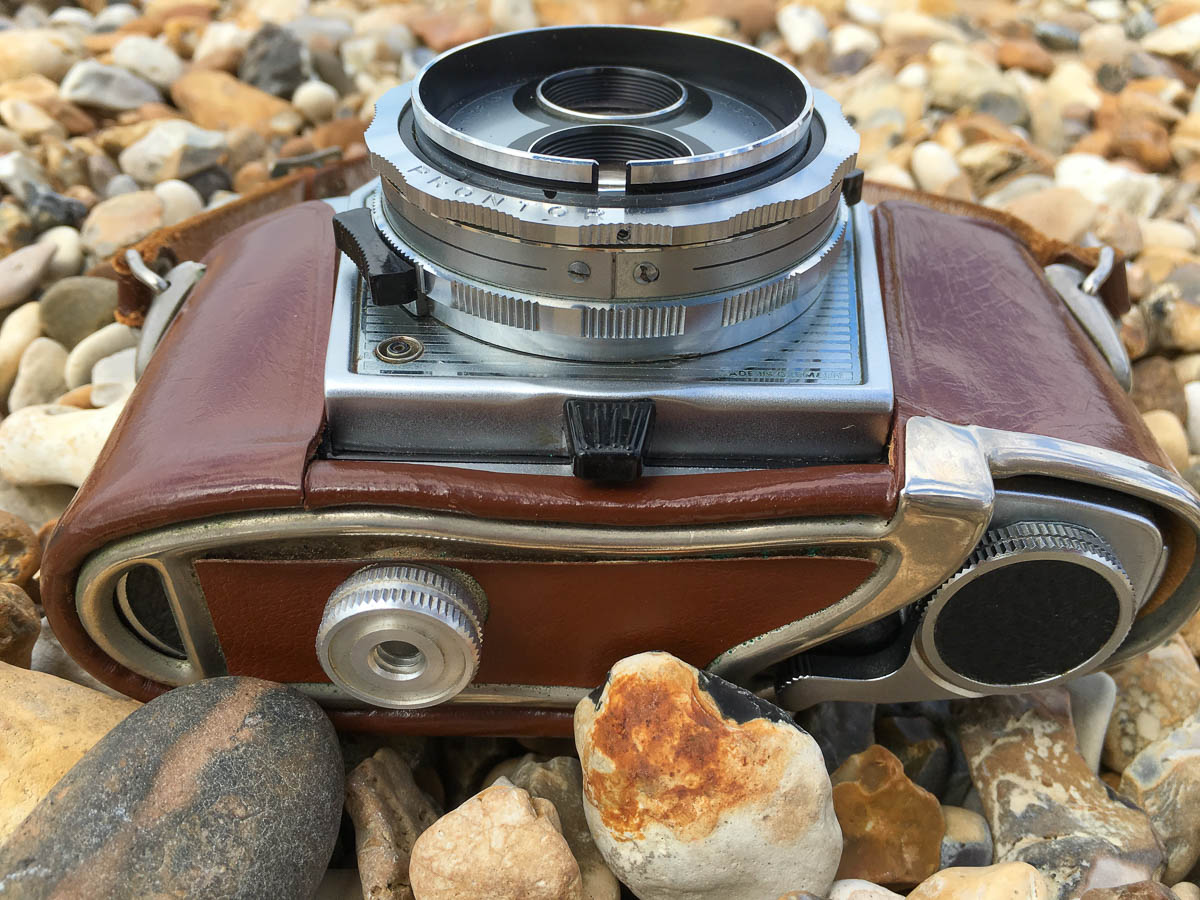 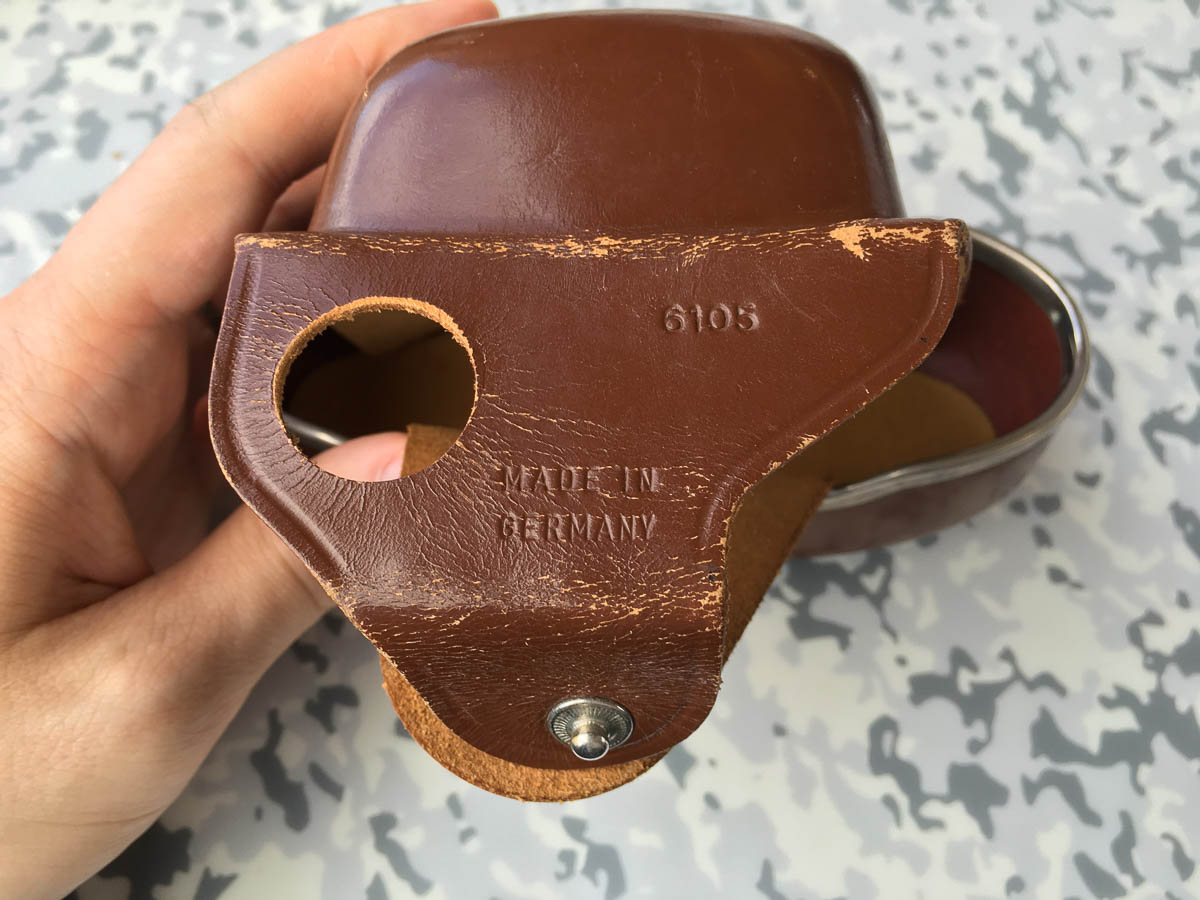 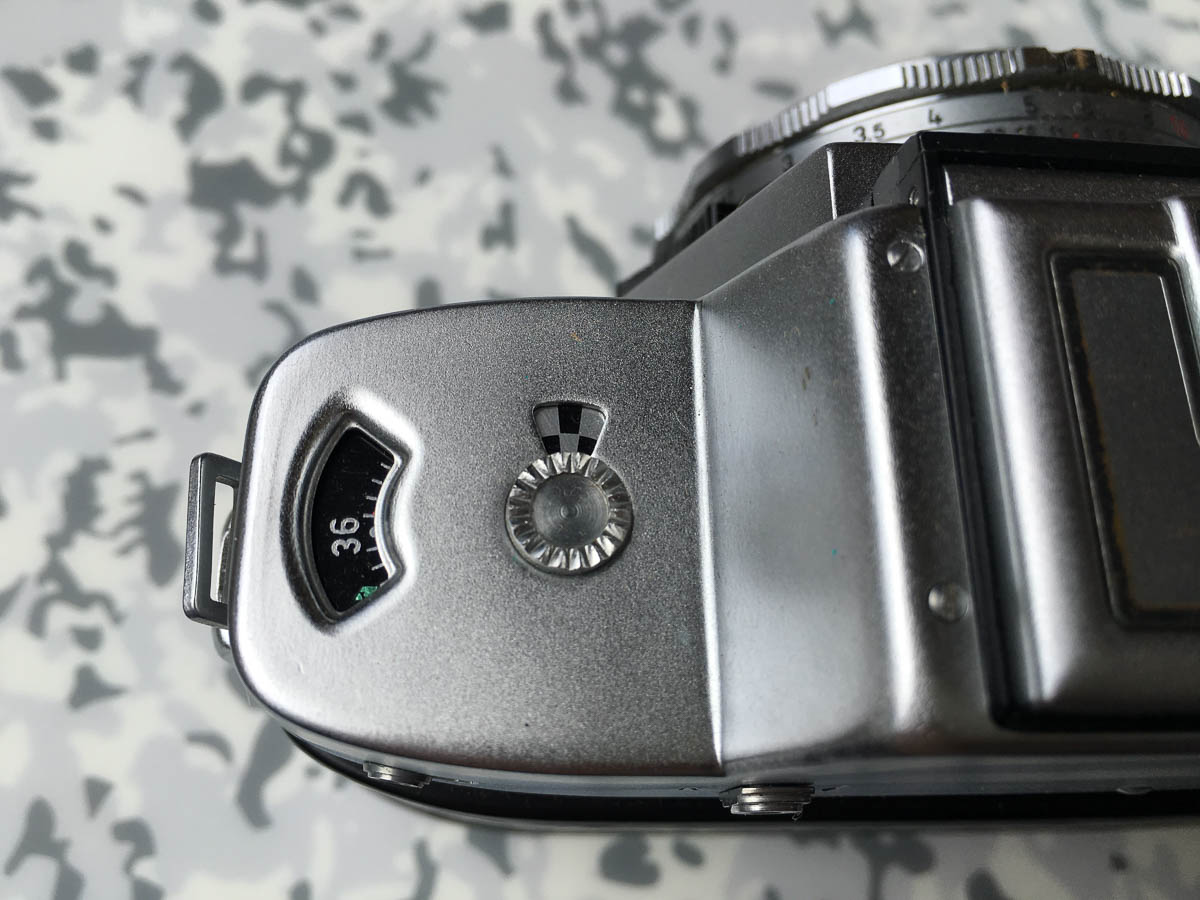 Unlike most cameras, in Flexilette you put fresh camera roll on the right and pull the film across to the left where spools are located. It is easy enough to insert the end of the film into the receiving spool. After that, you close the back door and reset frame counter to a position with a green diamond symbol. As you progress, frame counter goes down from 36 to 0, indicating how many shots are left. 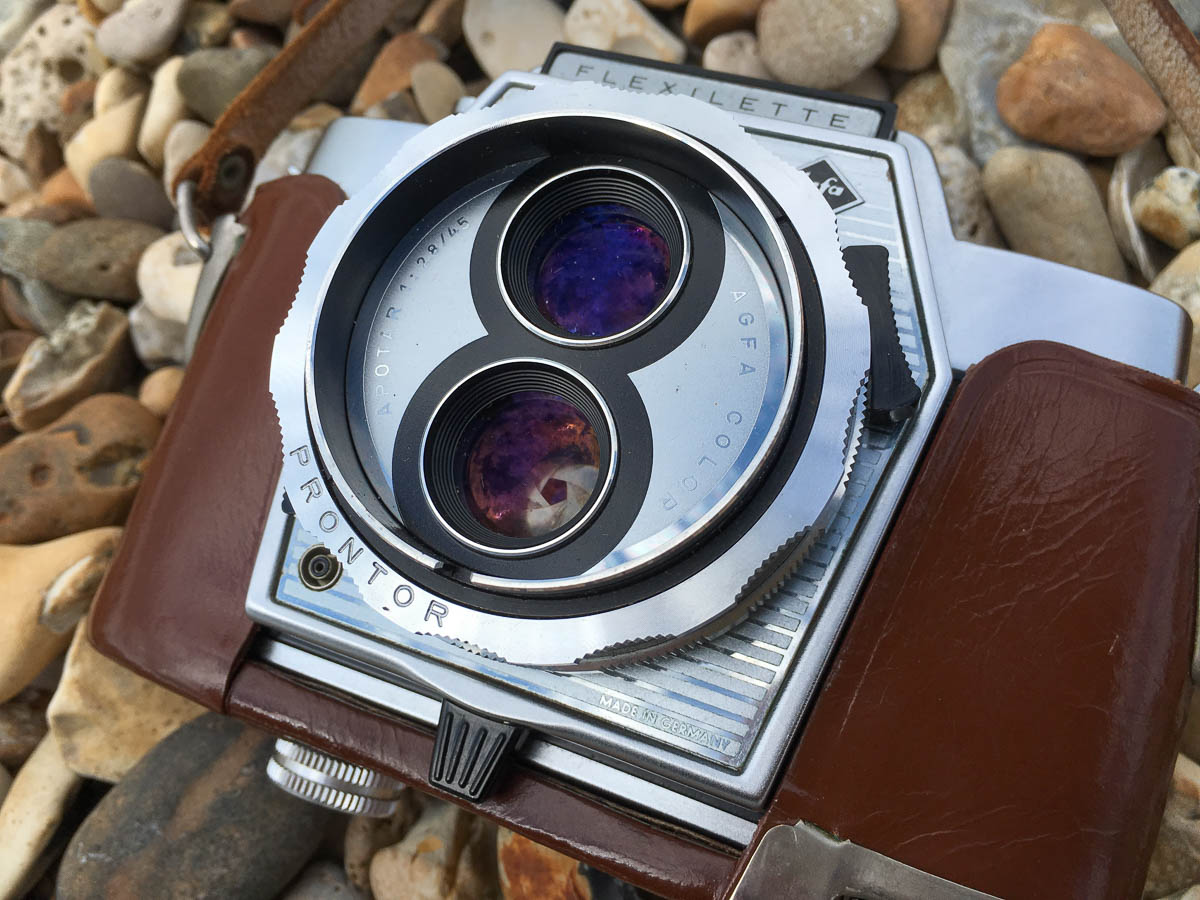 One lens is located on top of the other. Top lens is used for shot composing and focusing. Bottom lens is the one used for the actual shot. 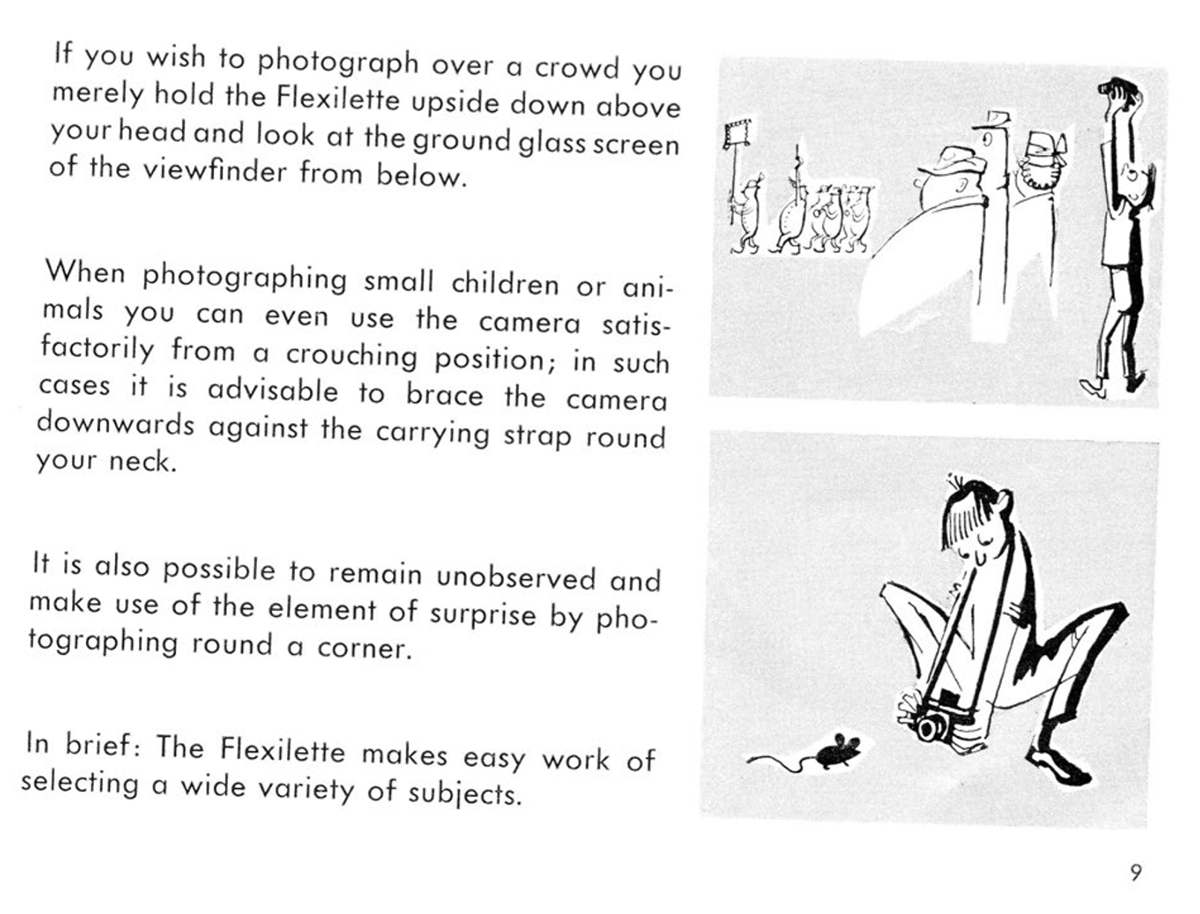 Viewfinder parallax is non-existent in your twin-lens Flexilette as a result of the proximity of the viewing and taking lenses. You can, therefore, be certain of photographing the exact picture area seen on the ground glass screen, event at close distances.

One of the most distinguished features of this camera is waist-level viewfinder. You unlock it by pulling a special button to the left. By default, it will expand the viewfinder and a magnifying glass for accurate focusing. The magnifying glass can be folded away, so you can operate and frame shots while holding the camera up in the air with your hands, or having it on the ground. You can also use the viewfinder in a conventional way by looking through an extra pair of glasses on a back side, exact same way as you’d normally do with any other camera. This way, however, you’re not looking through the lens, which might be less reliable. 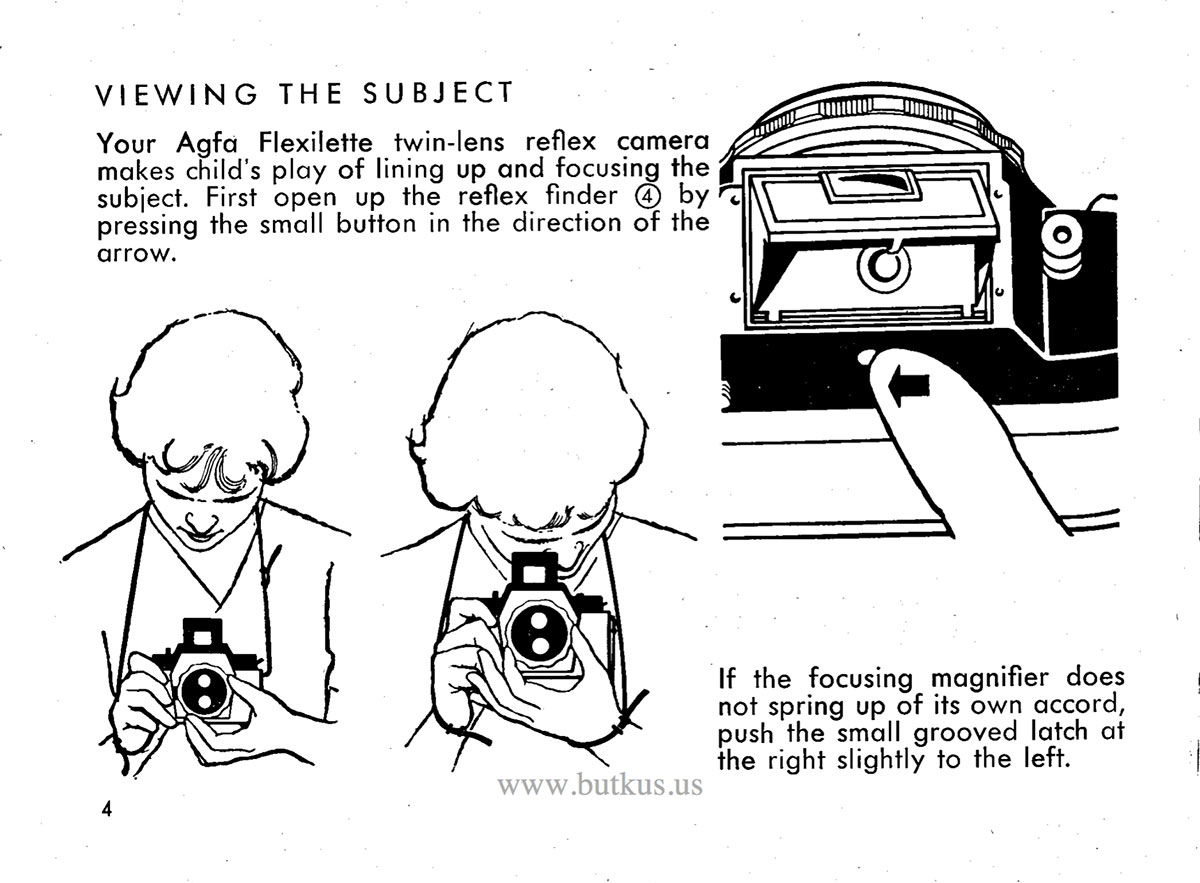 The viewfinder on Flexilette is easily the best part of this camera. I love waist-level viewfinders, but generally, they are only available with heavy medium format cameras like my Mamiya RB67. They provide with this extra bit of freedom when you don’t have to keep your head attached to the camera. Once the focus is done - and focusing on 35mm cameras is much more forgivable than on medium format - you can find a proper angle by moving the camera all the way to the ground level, or high up in your hands - and finally snap a picture. I can imagine this being even more useful when you are using a remote shutter and a tripod. 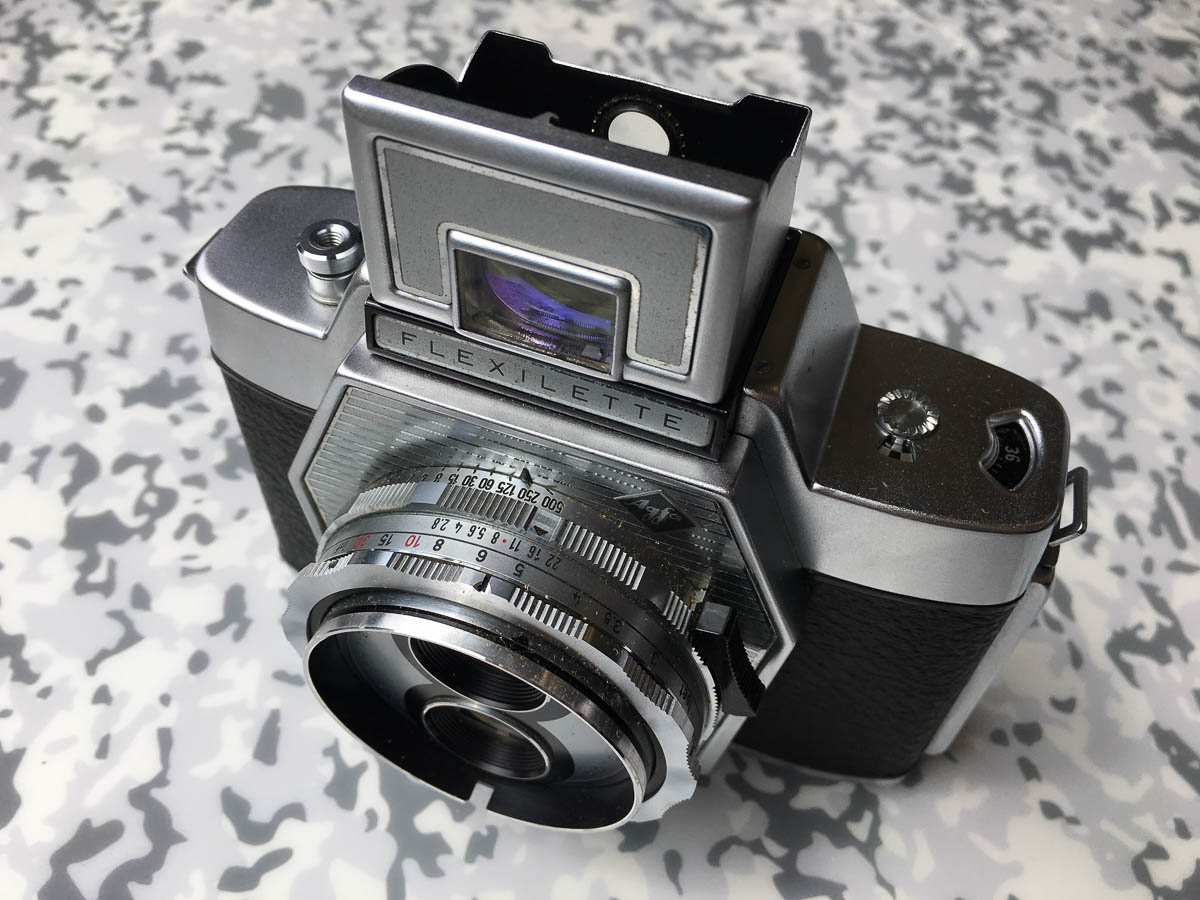 This camera is obviously much more of a rangefinder than a professional SLR. In my opinion, it is somewhere in between. The lens is about 50mm with shutter speeds up to 1/500 and aperture F22. The shutter is of a leaf type. 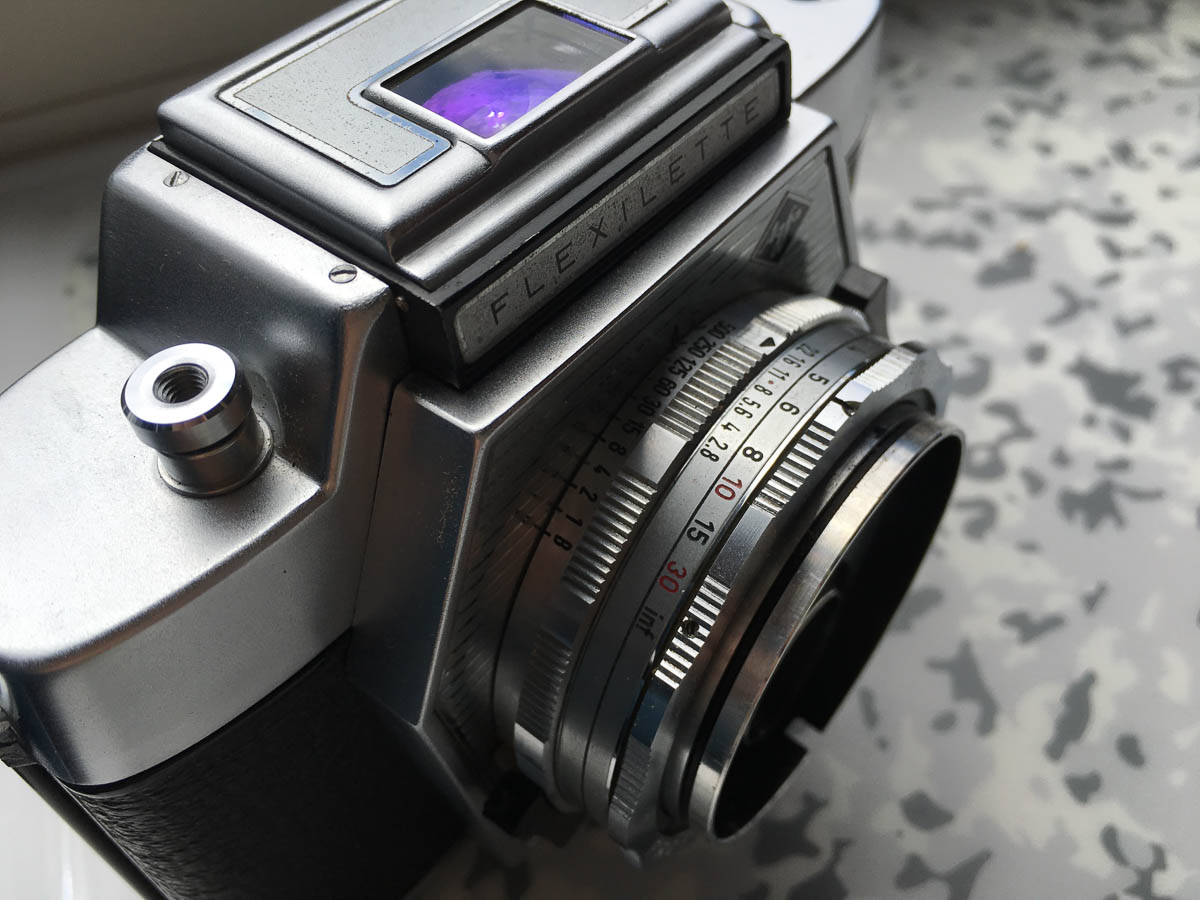 Original Flexilette is 100% manual and mechanical. Shutter speed, aperture and focus are all manual. There is film type indicator on top of the body, which for a moment looked like something that might be used by a camera to perform some sort of image optimisation. It is however not the case - indicator window is purely for your information only. It serves exactly the same purpose as when photographers tape notes with film type and speed onto the camera (or film cassette). Although you’ll still have to do that, since the indicator only contains types of film, which are:

Focusing on a subject is a combination of a rangefinder experience with a modern SLR. In the middle of a picture, you will see a circle with two halves. You need to adjust focus ring so that both halves combines together. Unlike in a rangefinder, you will get a benefit of precise focusing while using the same lens that will be used for taking the actual picture.

Lens features 3 rings responsible for focus, aperture and shutter speed. It is somewhat a pancake lens, with a compact flat design and not a lot of space to place those rings. They did, however, a great job at distinguishing rings from each other. The shutter speed ring contains extra handles on both sides, the aperture ring is in the middle, and the focus ring is cut in a wave sort of pattern and feels quite special.

This lens is not exactly suitable for macro photography - minimum focusing distance is about 3 feet.

Once the film is shot, you’d need to rewind it back and remove from the camera. Film transport lever and rewind knob both are located on the bottom of the body. You will also have to unlock the rewinding with a special button located on the back. Once it is pressed, the film is free to be rewind back into the cassette. 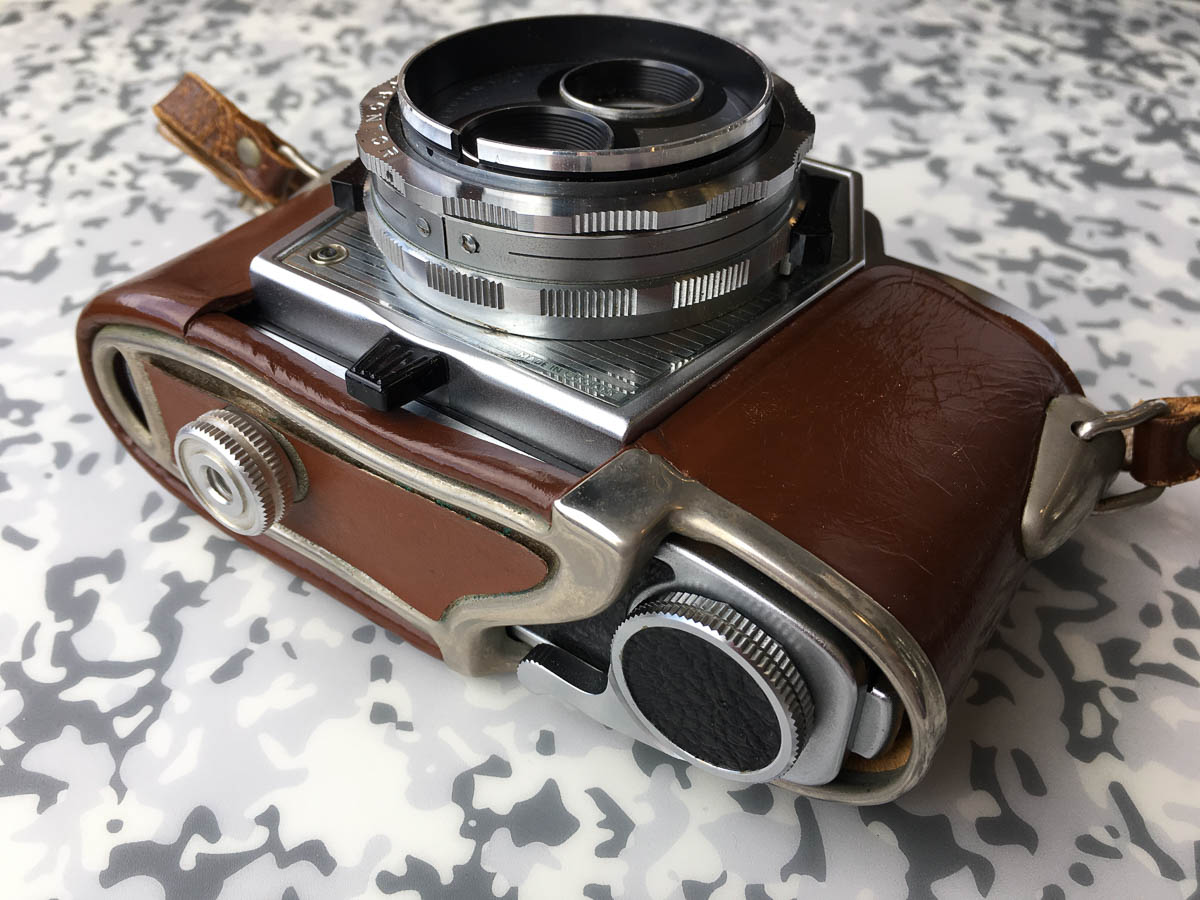 Once processed, you’ll be surprised to find out that all pictures on the film contain neat rounded edges. 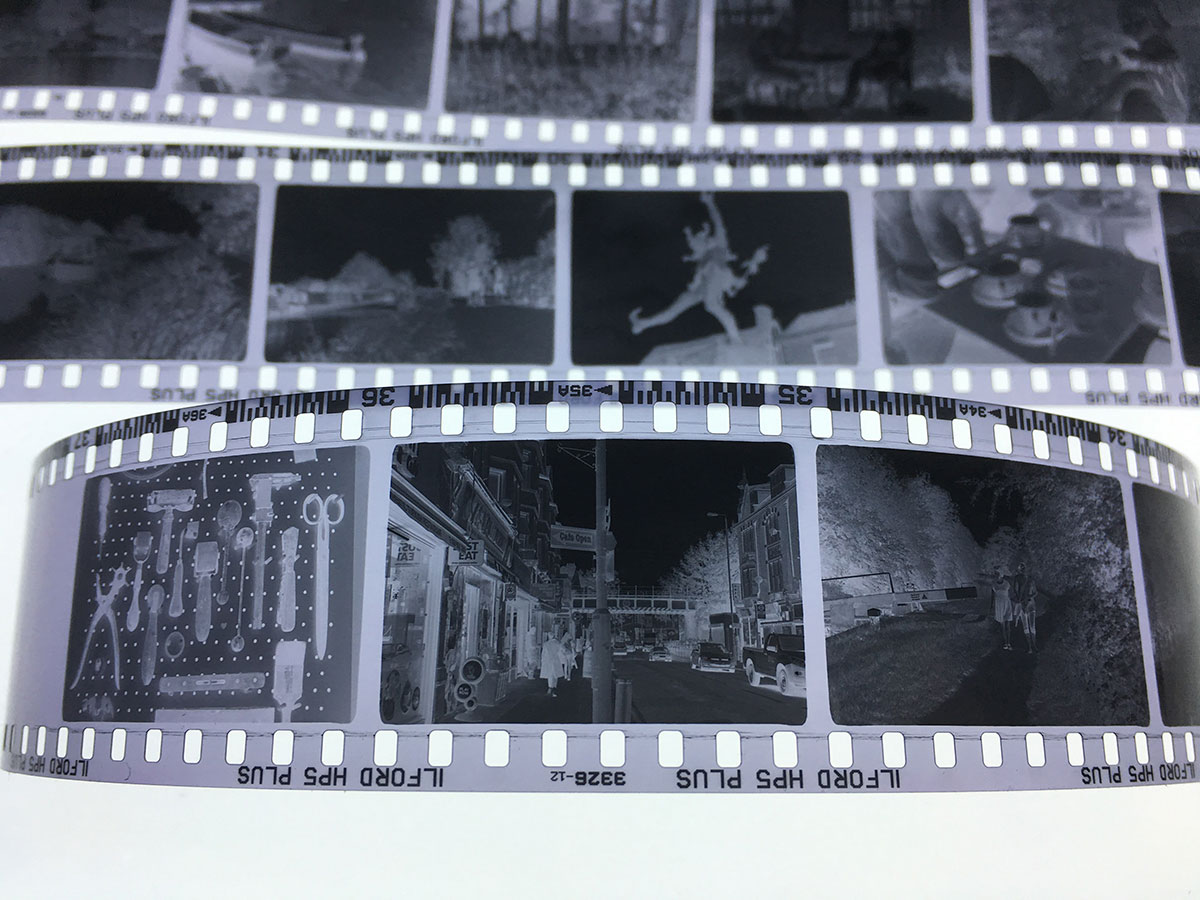 Agfa Flexilette is a solid camera. It is a fully manual camera made of steel, which reflects in its weight. But unlike Zenit cameras, this one features elegant design, an absence of sharp edges, and great usability. It gives you features of an SLR camera while staying closer to a rangefinder. Twin lens and waist-level viewfinder will always be a conversation opener (with a person at least slightly interested in vintage cameras). Shutter sound is almost silent, thanks to a leaf mechanism. All of the above makes this camera perfect for street photography, and I’ll definitely shoot many rolls of film with it. 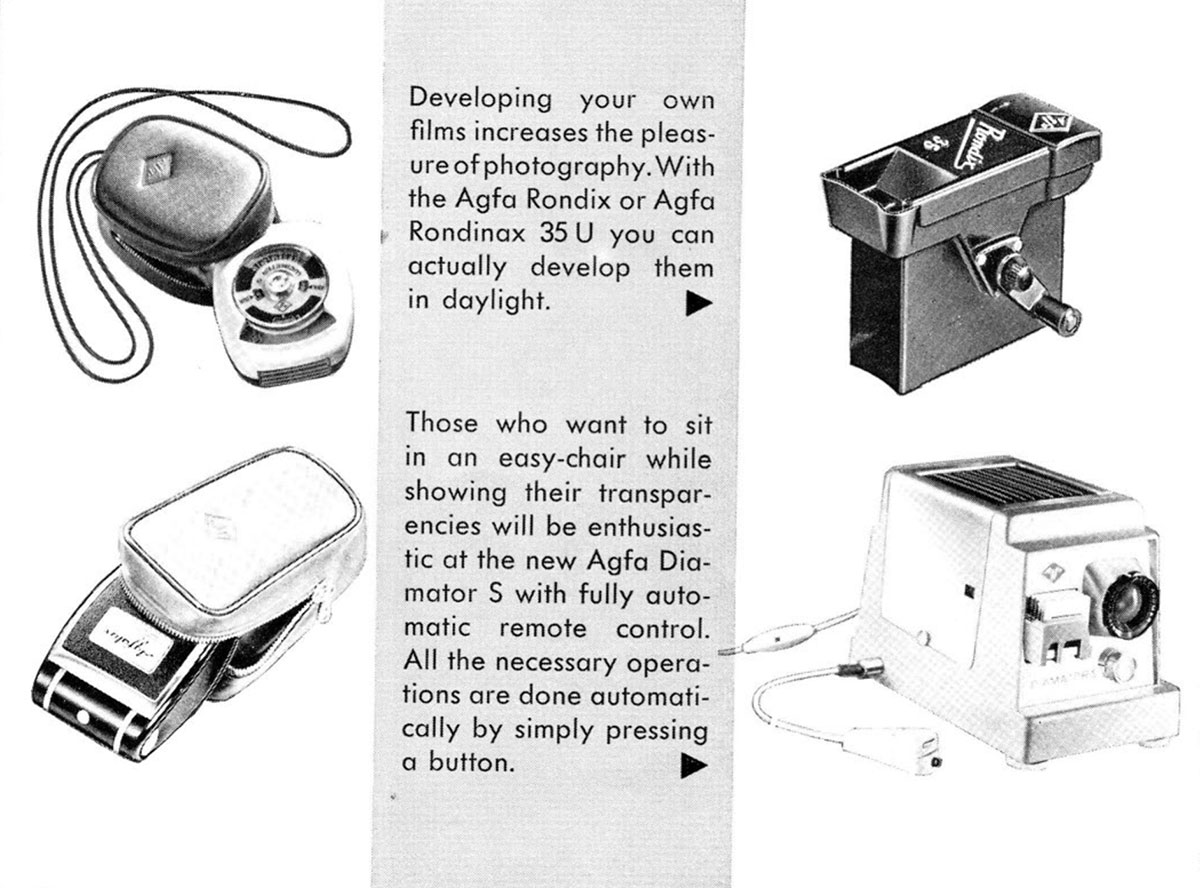 All pictures are taken on Ilford 35mm HP5+ 400 film, developed and printed at home on a slightly expired Ilford Multigrade RC paper. 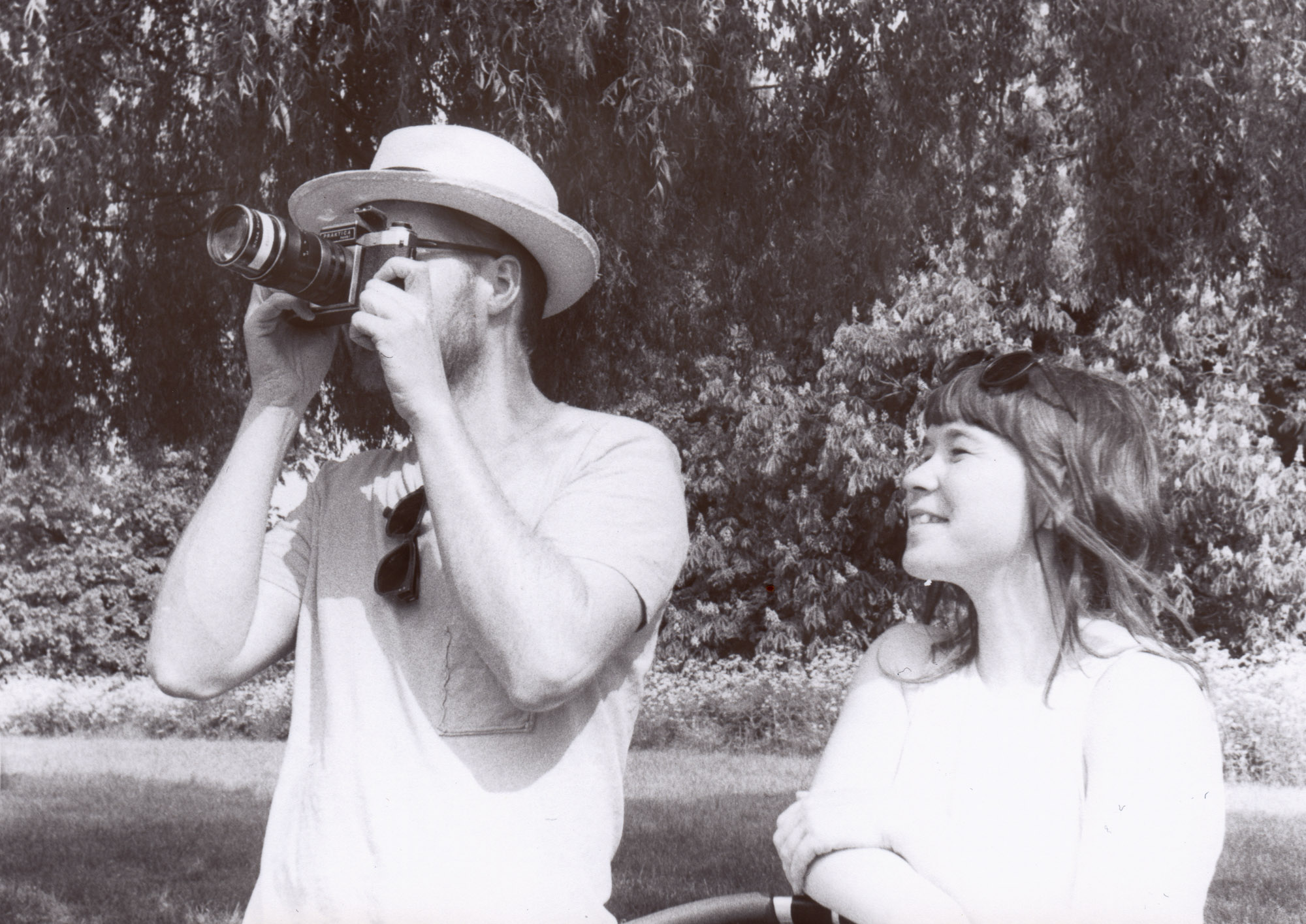 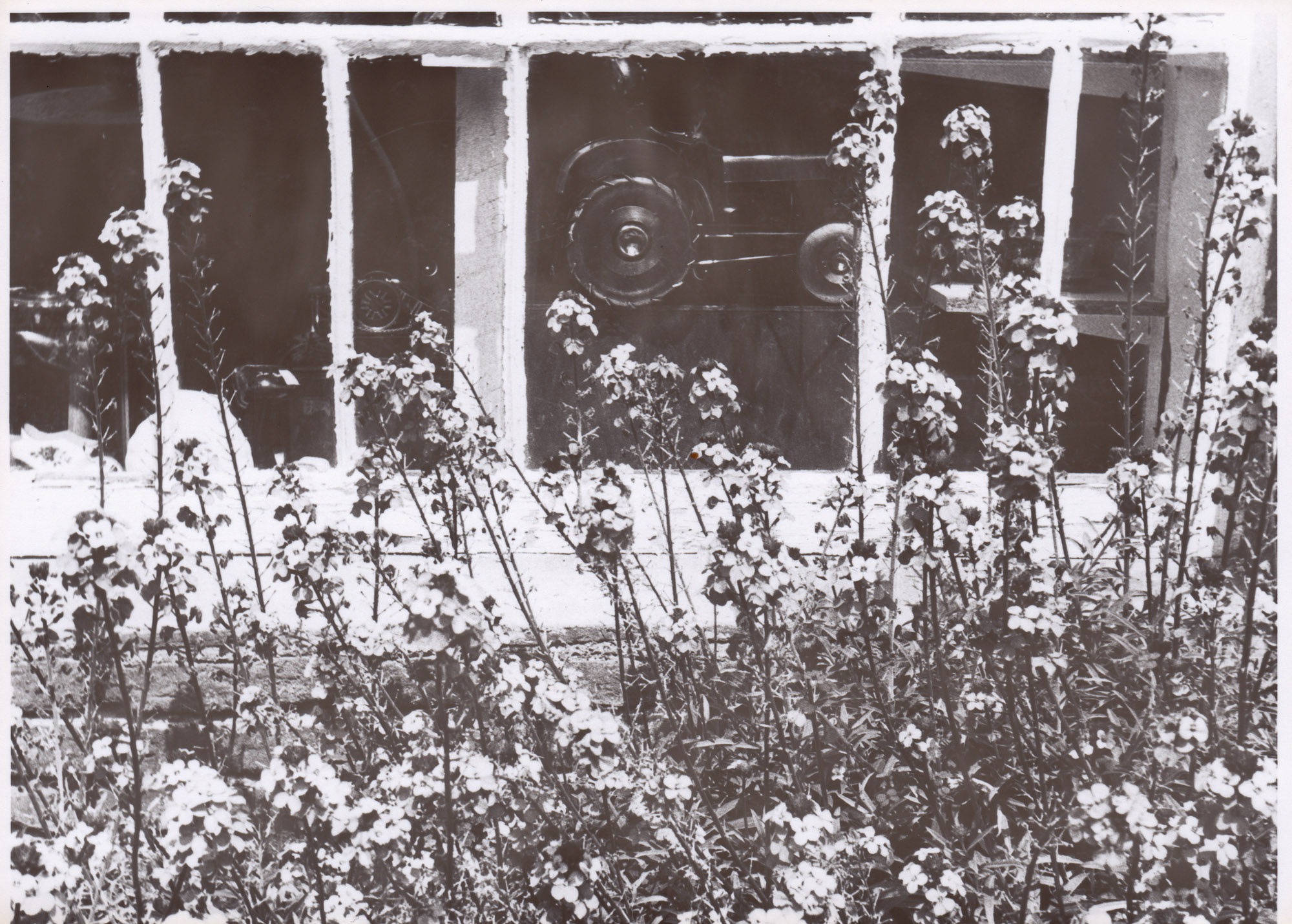 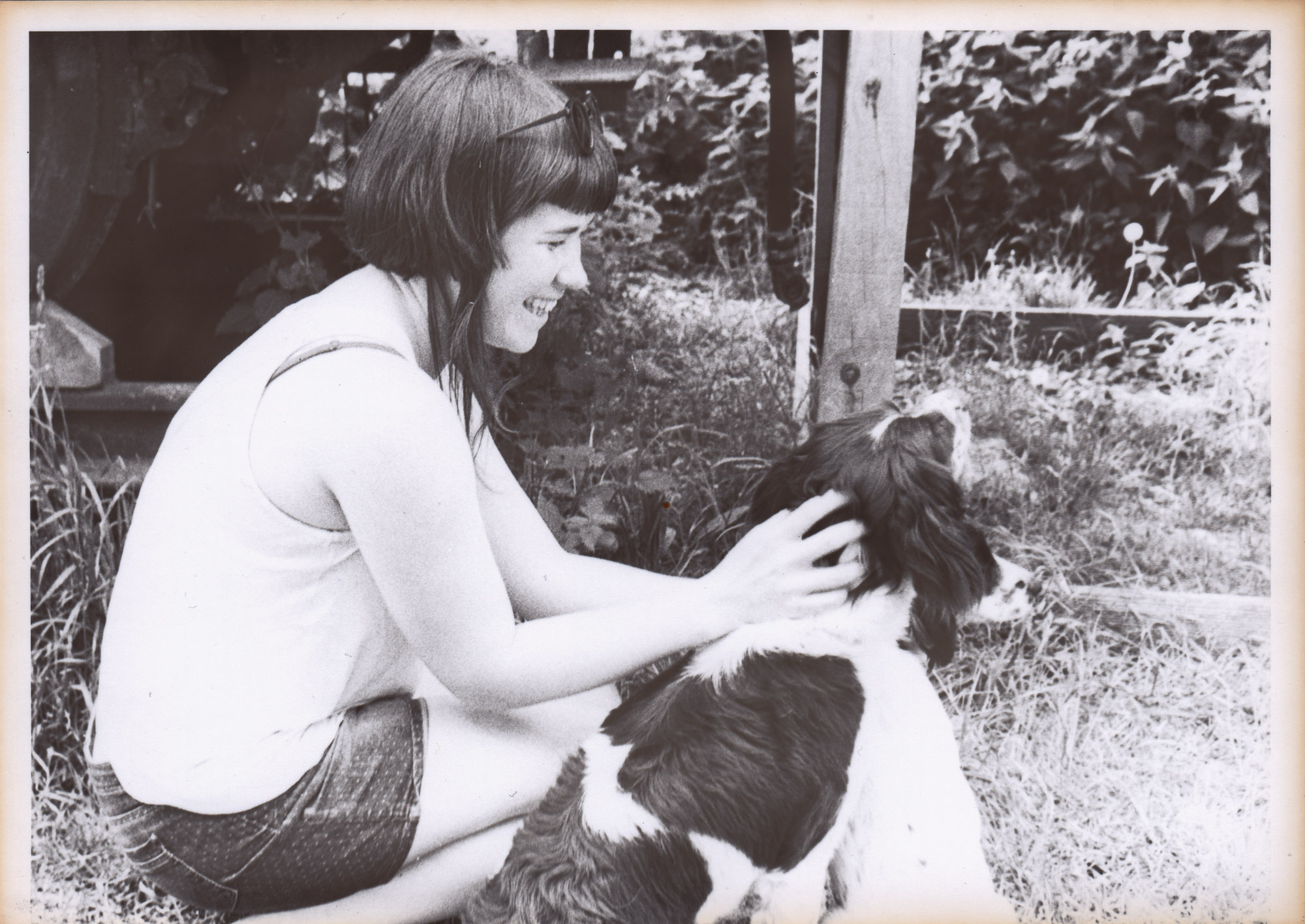 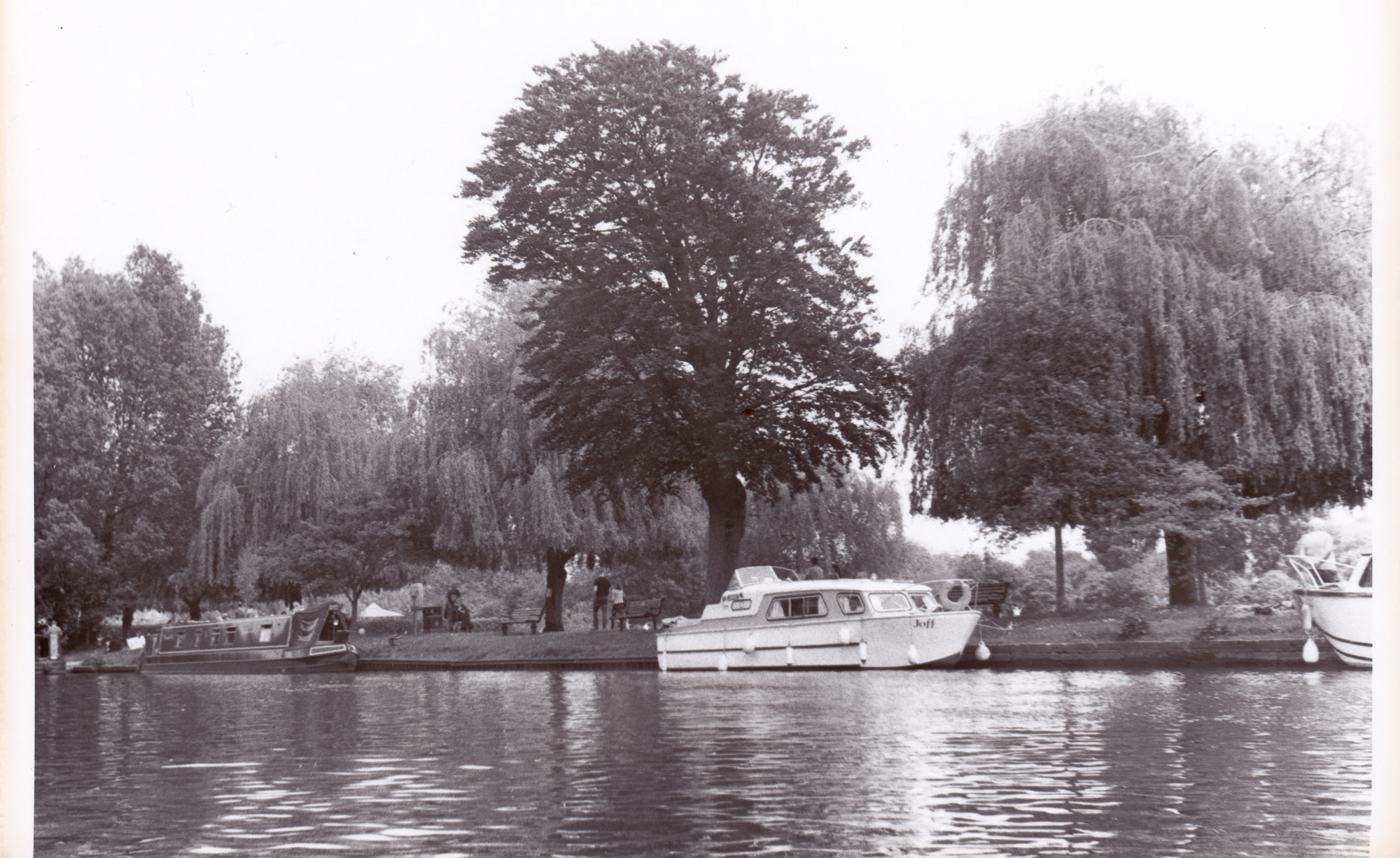 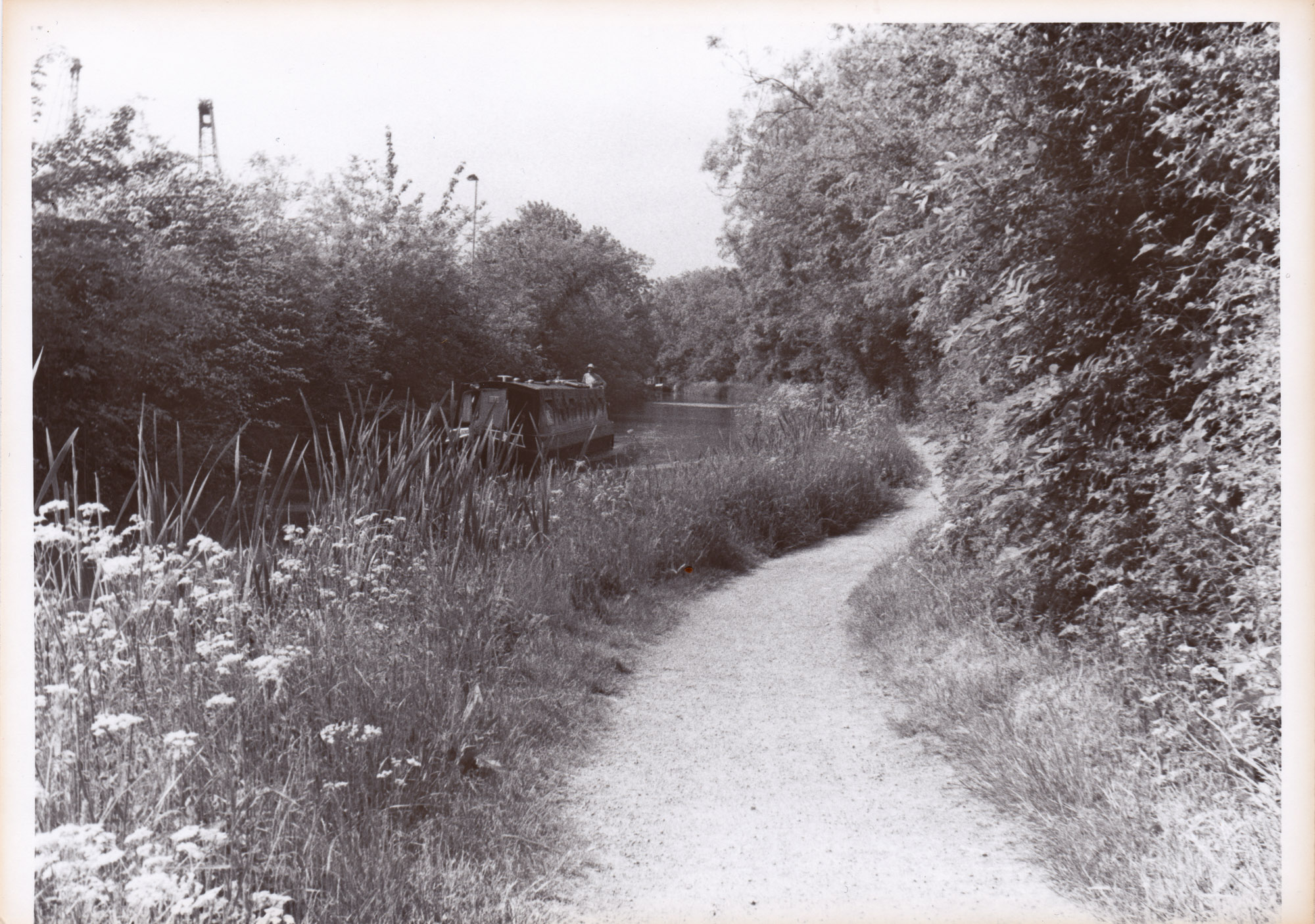 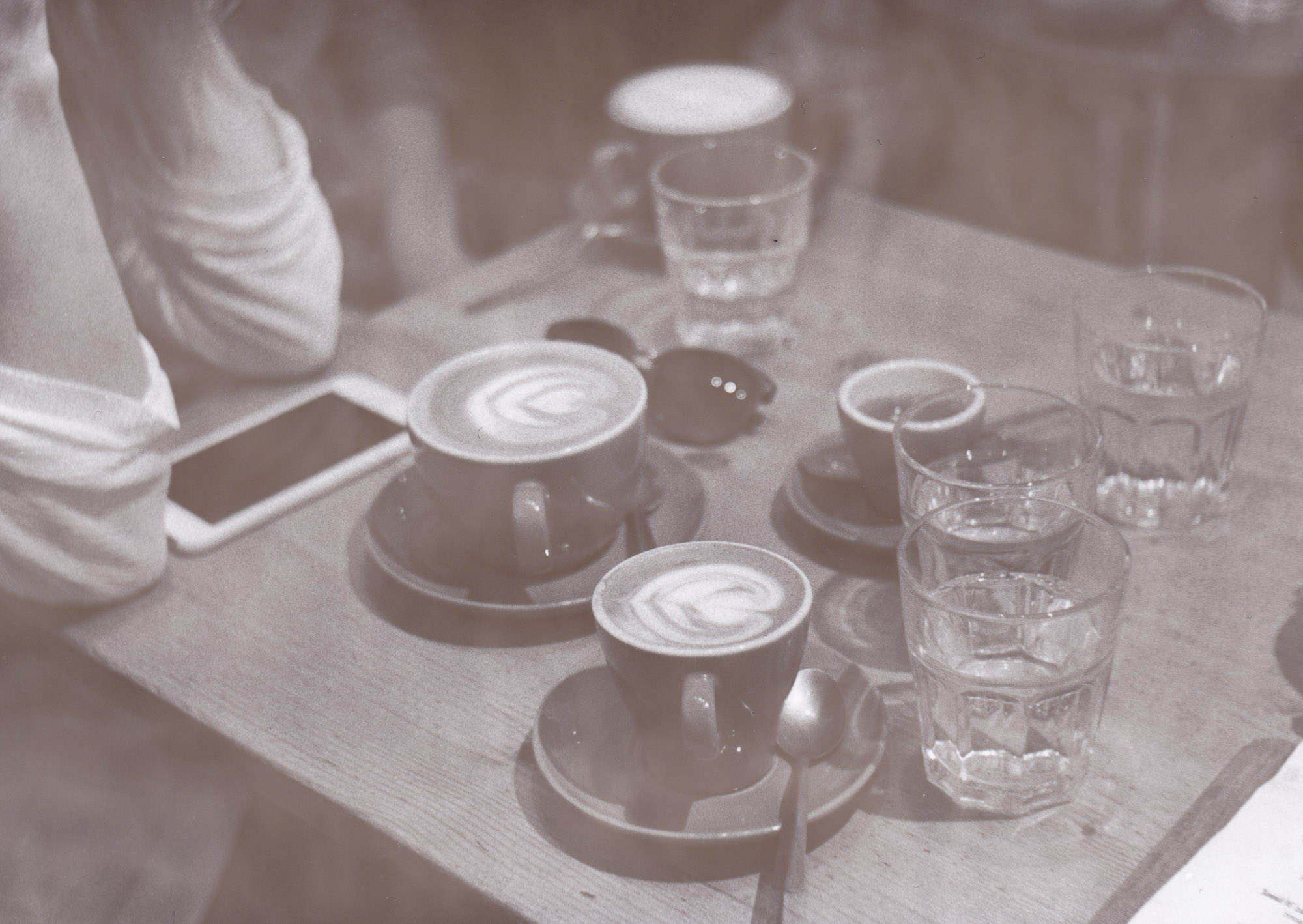 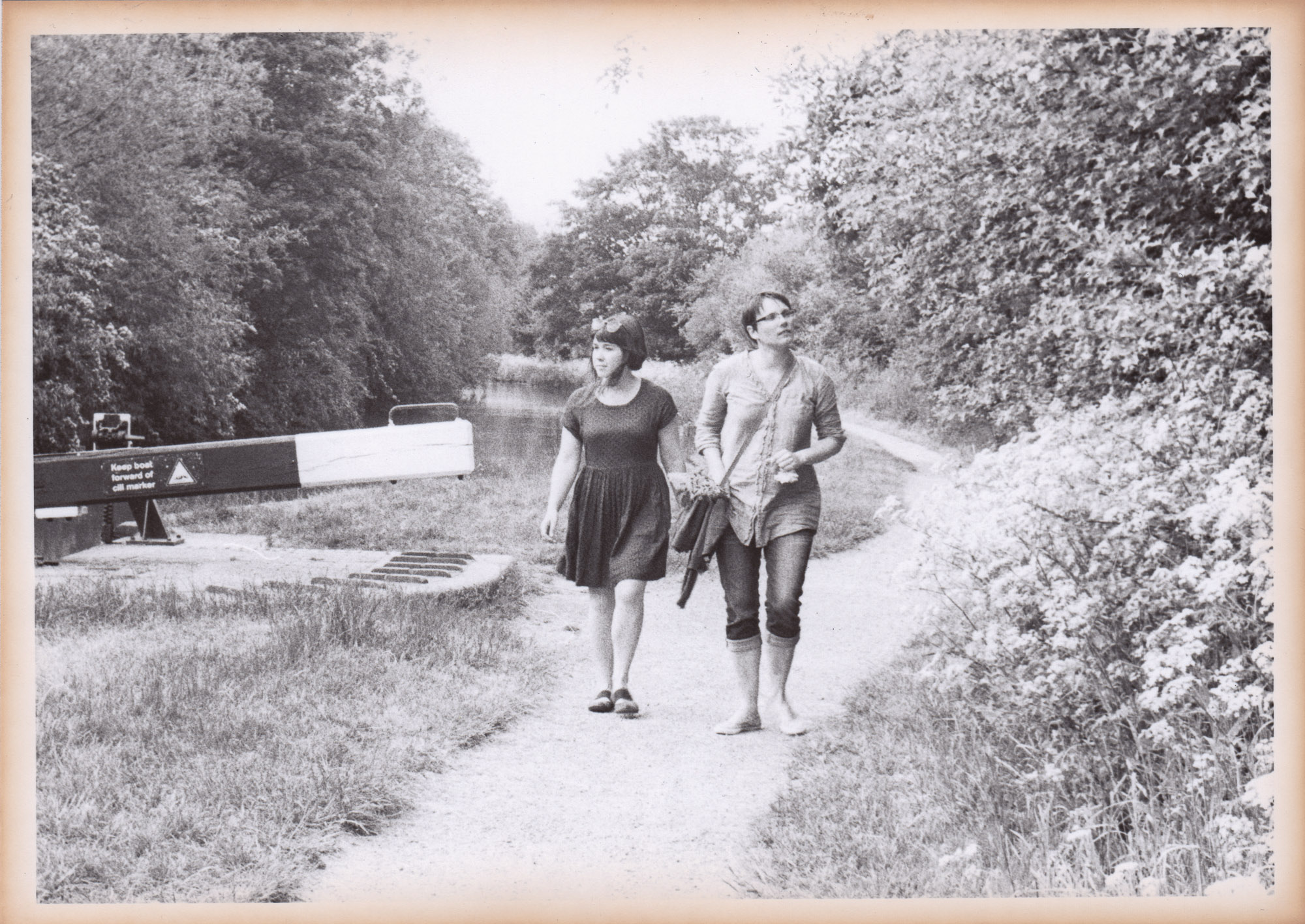 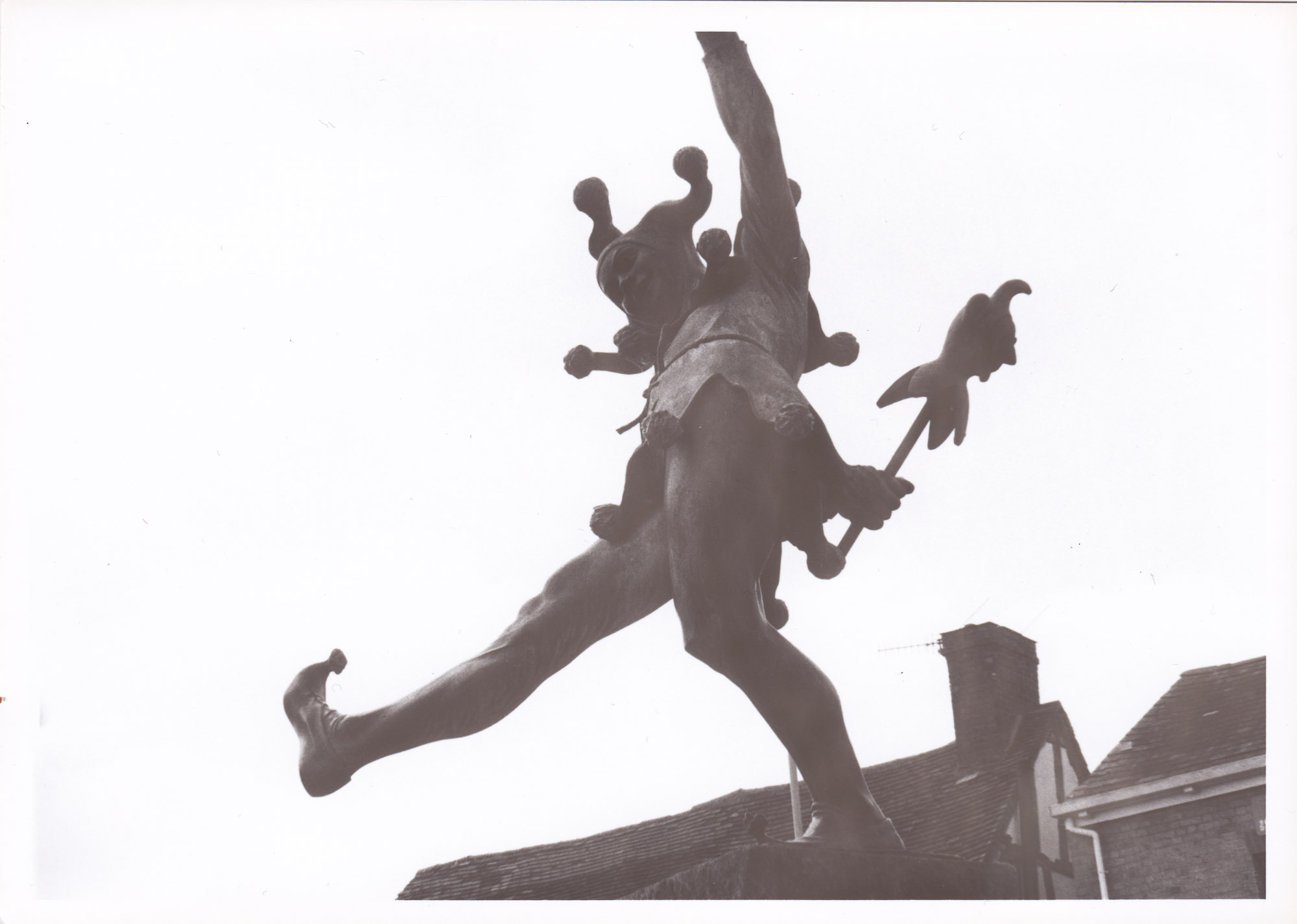