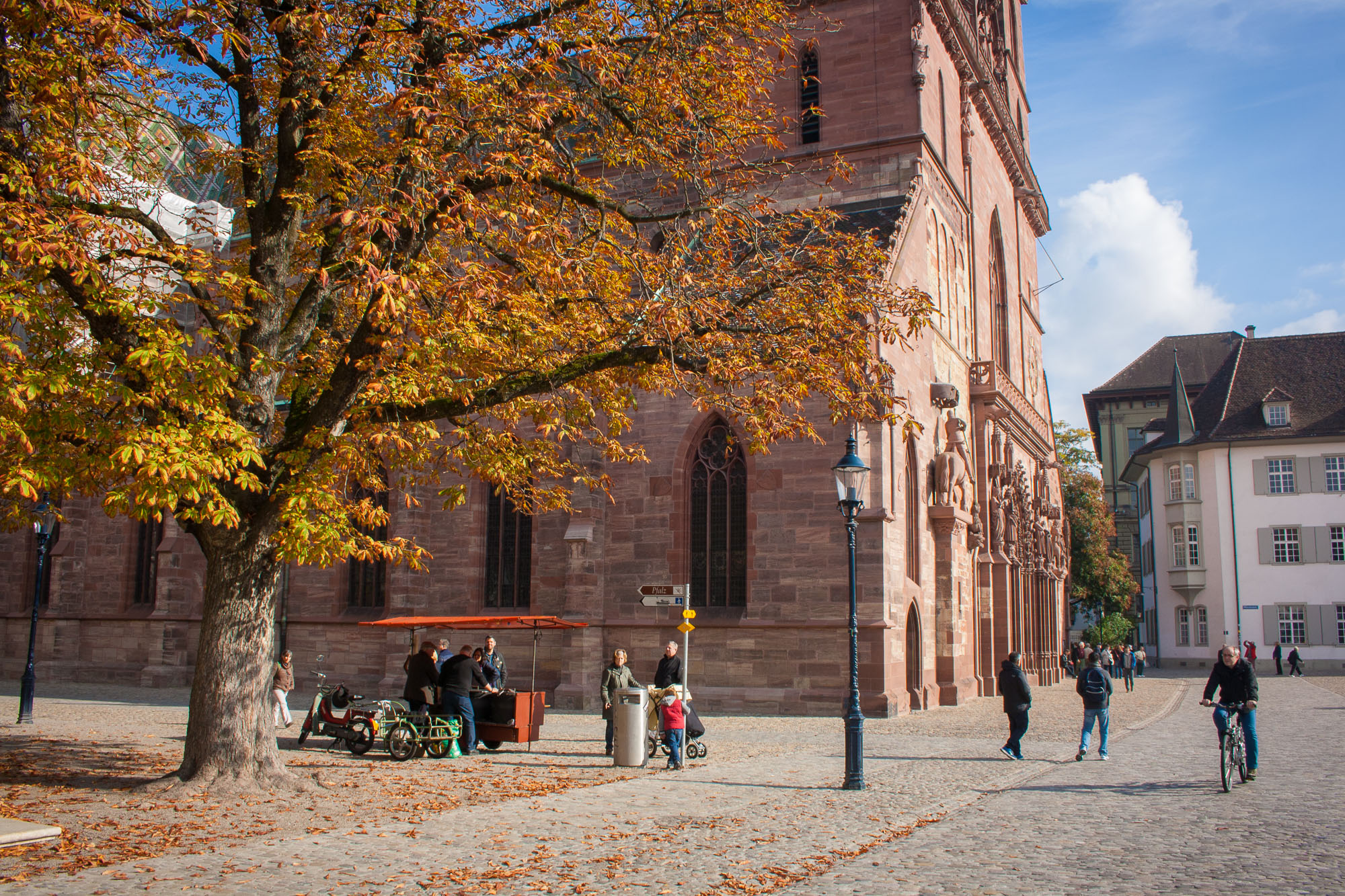 One of our stops during Black Forest adventure was a small village of Malsburg-Marzell. It is very quiet, with lots of stars during dark nights, and not much else. There was a tiny town of Kandern just a few kilometres away, and a 1165 m high mountain of Blauen, with huge antenna on top. Both of these places we visited on our first day.

“Let’s go to Basel” I said on the second day, and off we went.

Basel was pretty close too. The only tricky thing was that I promised not to take our rented car out of the Germany. Luckily Basel pretty much spans 3 different countries. You can even cross countries on a comfy tram. With that in mind we headed to the German side of Basel called Weil am Rhein. With a bit of luck we parked just next to the Passerelle des Trois Pays - pedestrian bridge that connects Germany to France over the river of Rhein. 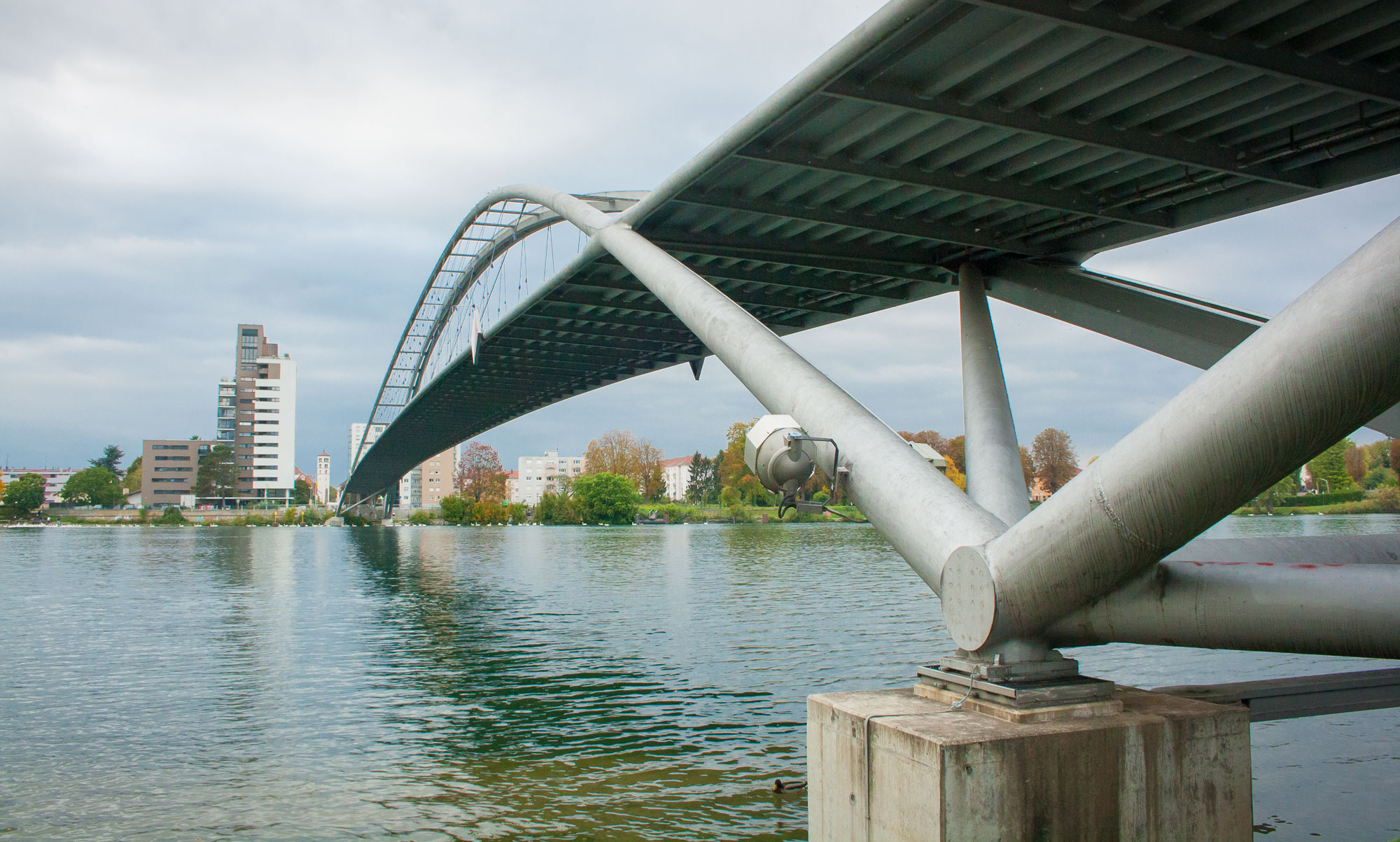 I should probably mention that it was sunny Sunday. On one hand that meant more free parking around. On another - pretty much all places were closed. Even on working days most of places around here are keeping weird hours - with long lunch breaks and some of them even closed down for the season.

Bridge was nice - we quickly got over it into France. After a glimpse into Google Maps we decided that it is possible to get into actual Basel via France. Map turned out to be a bit misleading - beautiful landscapes quickly turned into chemical plants, and our road was a dead end. I tried getting an Uber, but alas there was no reception. We went around stacks of tanks with poisonous chemicals and finally crossed border into Switzerland. It was very uneventful crossing, with abandoned customs building and another chemical plant next to it.

After that things improved. We found a tram, got tickets and started moving towards the historical centre of Basel. Interestingly all places in Basel offered an option to pay in euros or Swiss francs. Also all of those 2 places that were open on Sunday accepted bank cards. I never needed to get some actual Swiss cash, which was a positive thing. 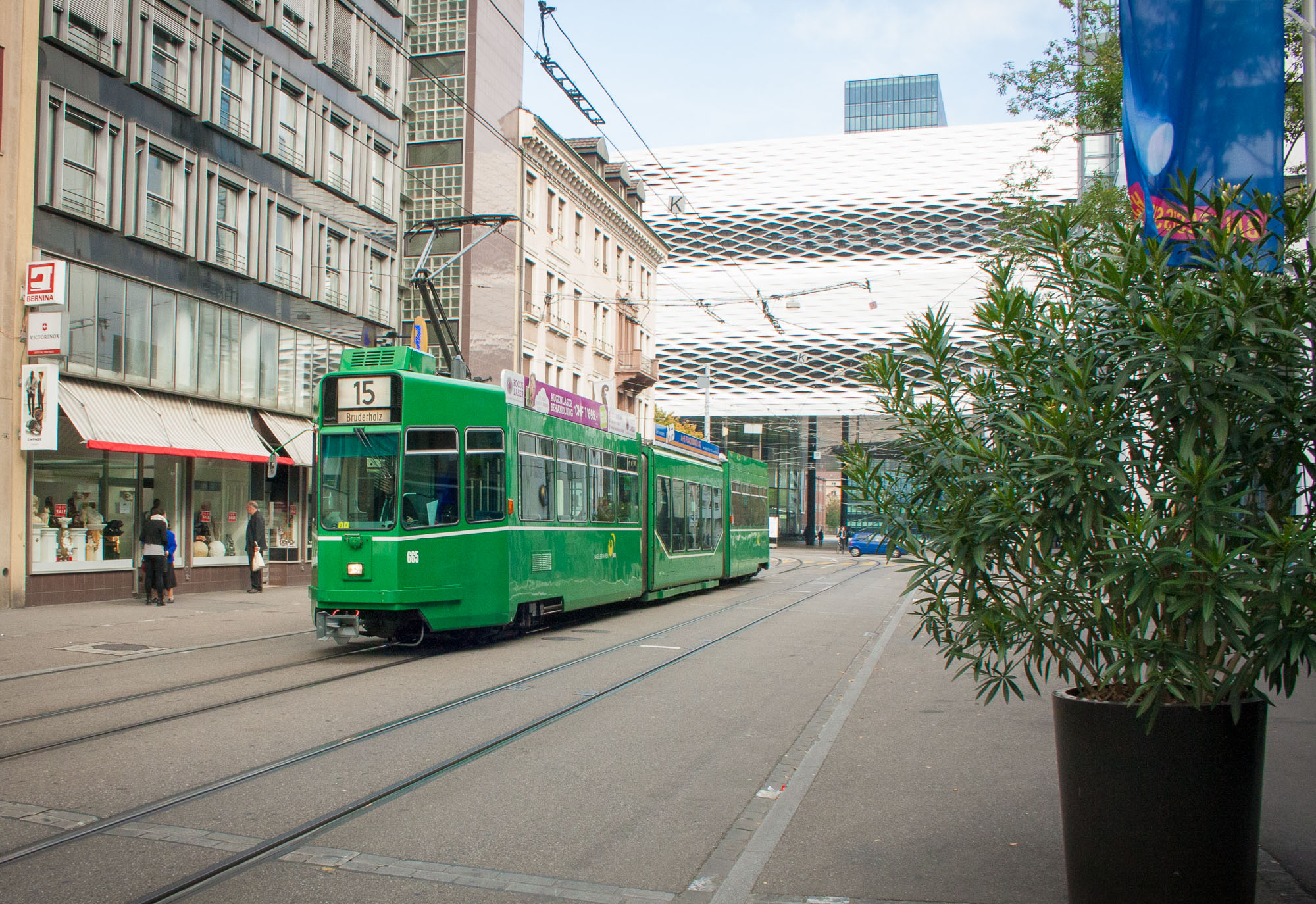 After some walking and looking for sources of coffee, we spotted a man with a Starbucks cup. And soon there it was - open and ready to offer you a cup of pumpkin spice latte. Medium sized PSL costed about 8 euros, and was officially the most expensive cup of coffee I’ve had so far. 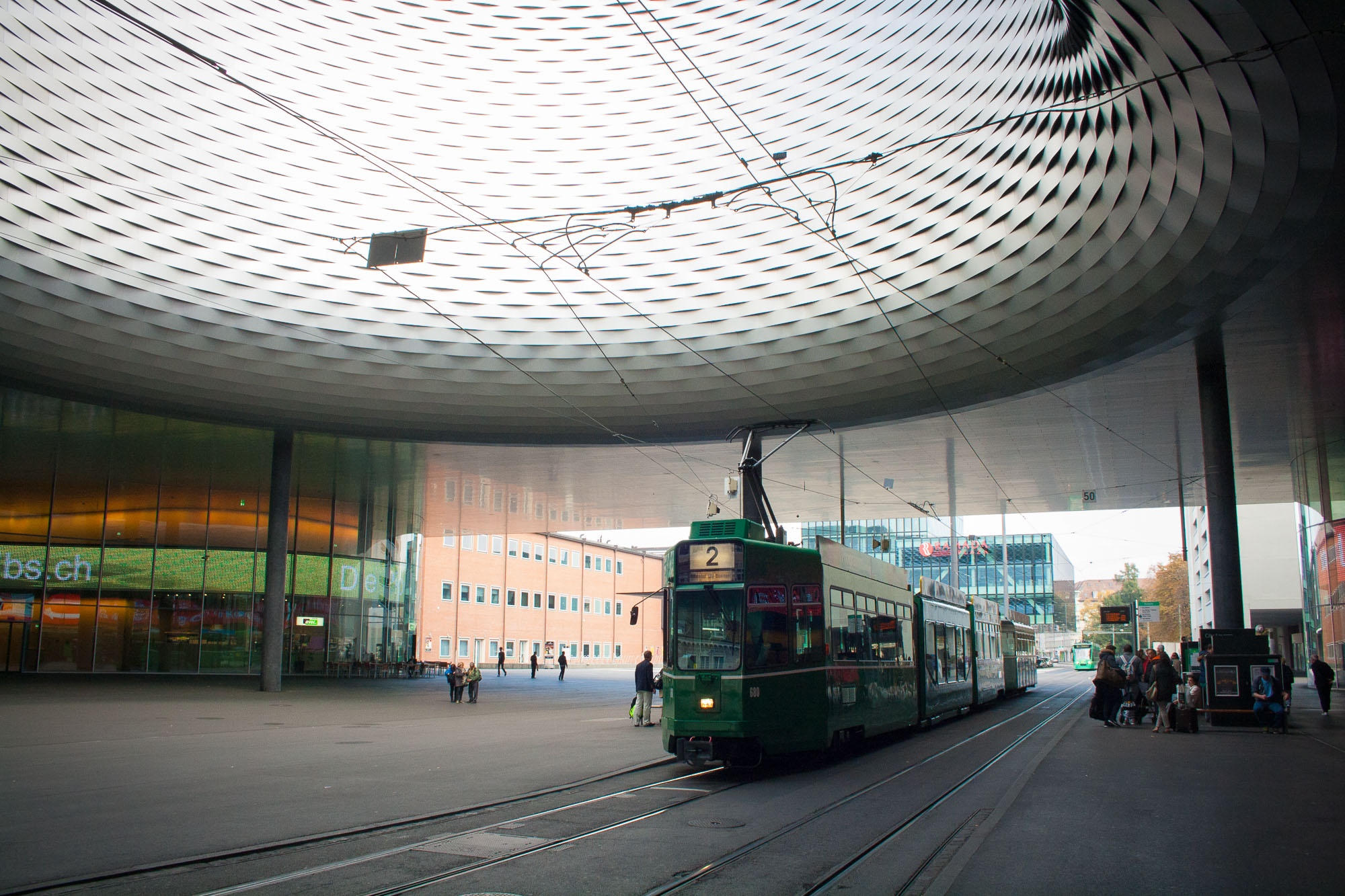 We did a quick photo session under the sky hole in the Congress Centre, and then moved into the old town, on the opposite side of Rhein river. Area around Basel Münster was much more suitable for all sorts of photography - stereoscopic, film, or even selfie stick mobile. A few steps from the Münster we spotted a Natural History museum, which was also open. They had dodo bird - second dodo I’ve seen after the famous one in London. Another notable exhibit was a natural size mammoth, with wool and everything. It was dramatically lit, and looked highly realistic. 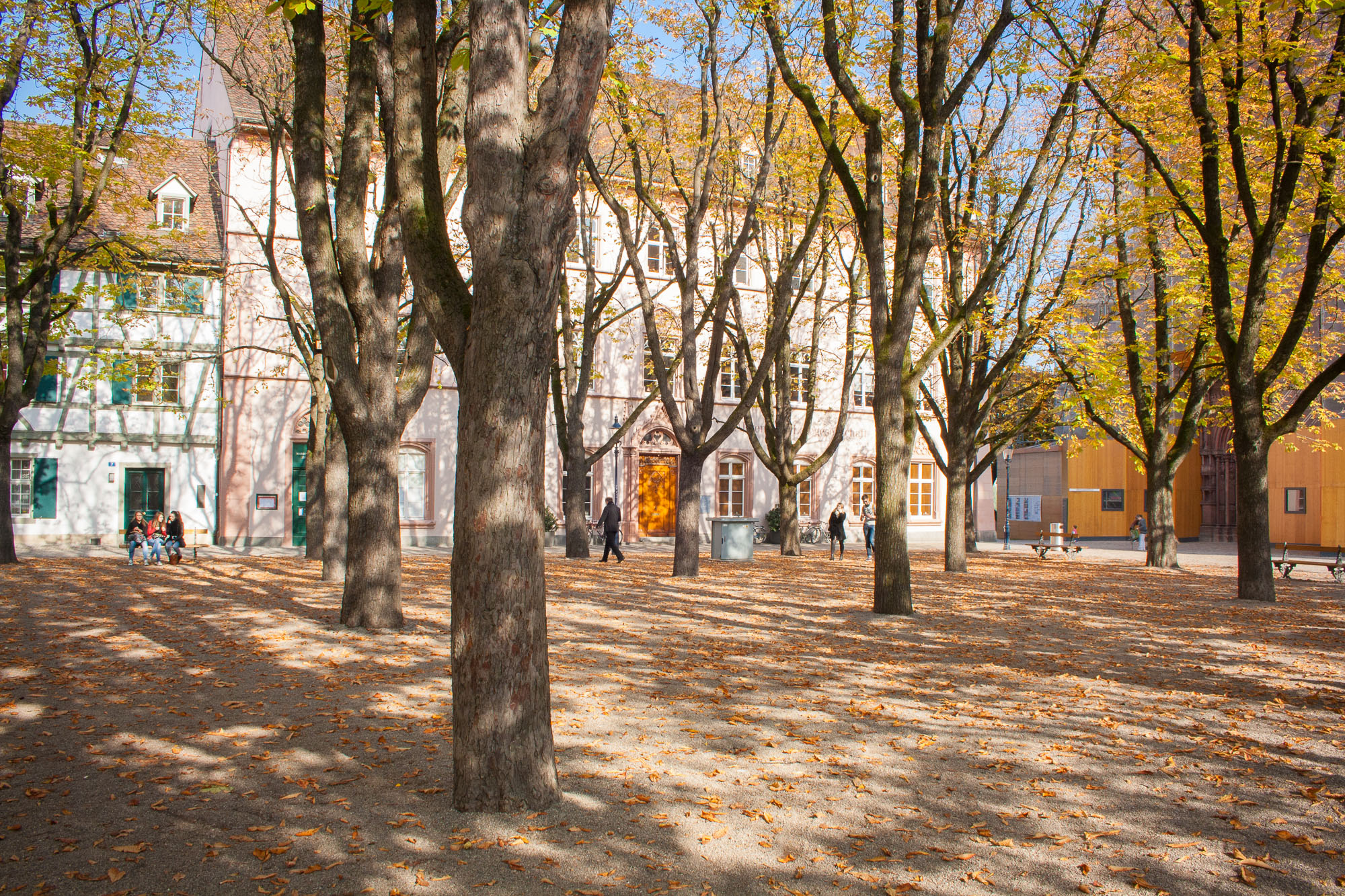 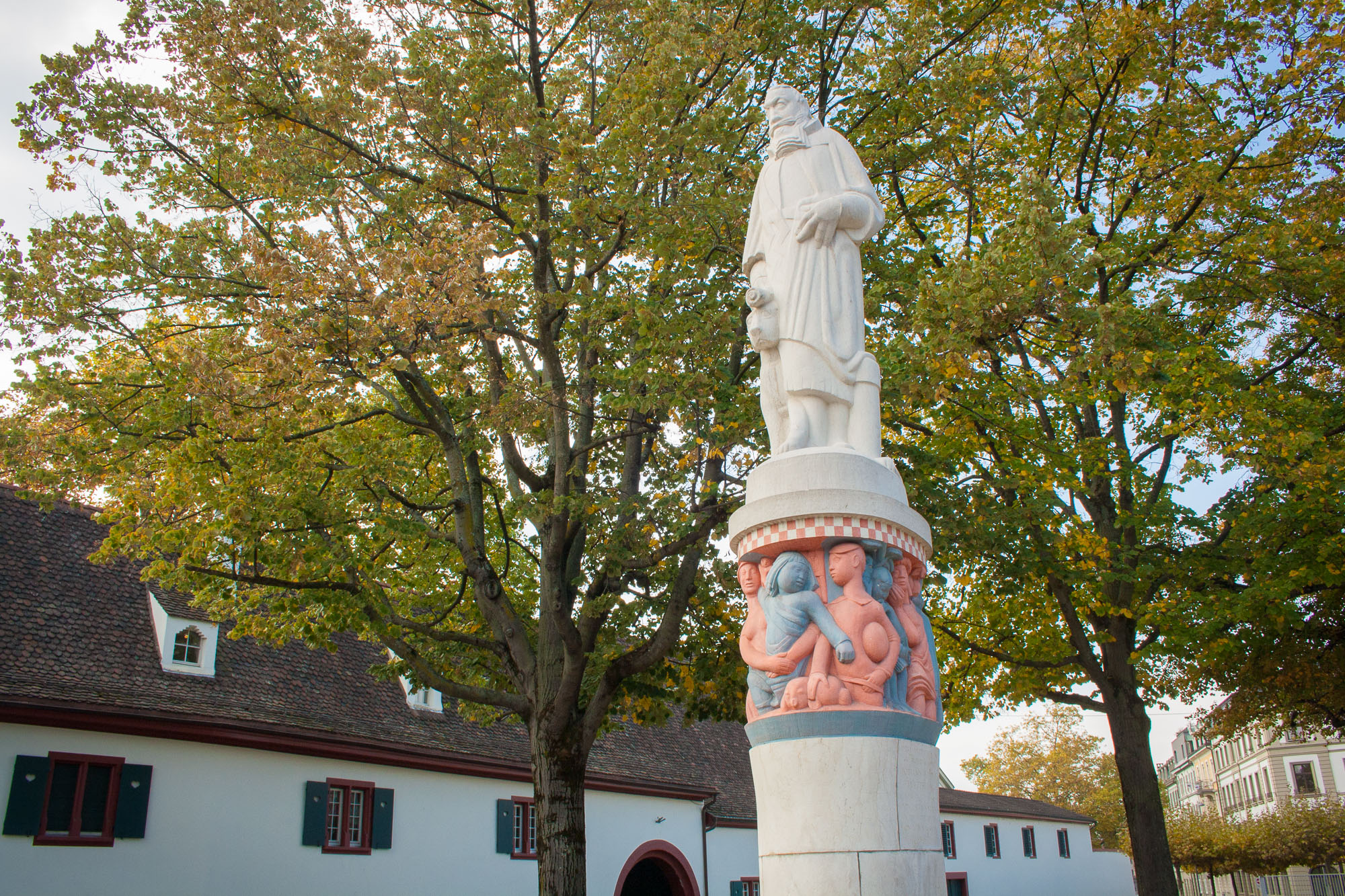 A bit tired at this stage we jumped back across the Rhein, stumbled onto a local red lights street (rather short one), and finally took a tram number 8 back to the German border. Our tram didn’t crossed the border, so we did it by walking. Rather unimpressive border crossing that was once again. 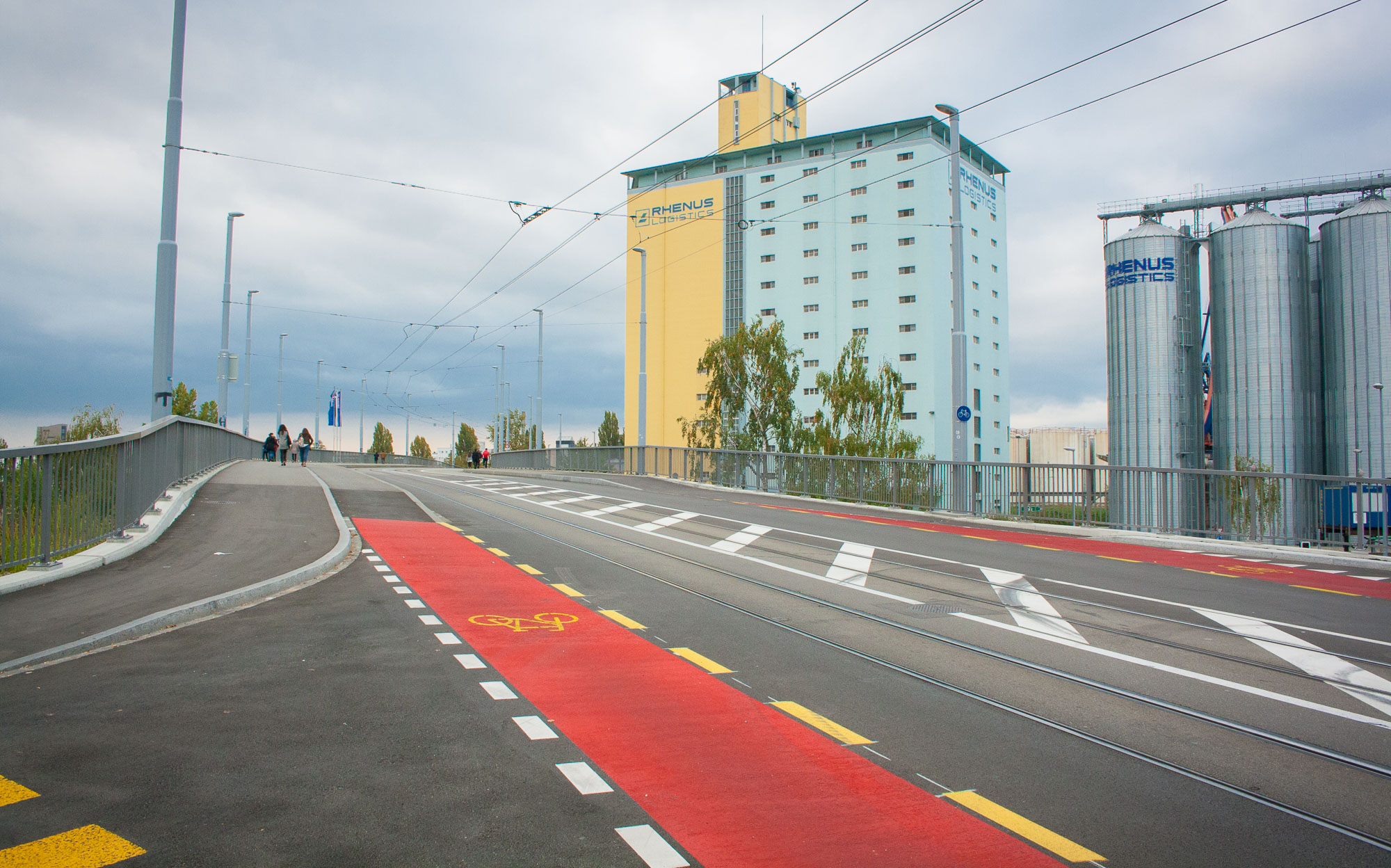 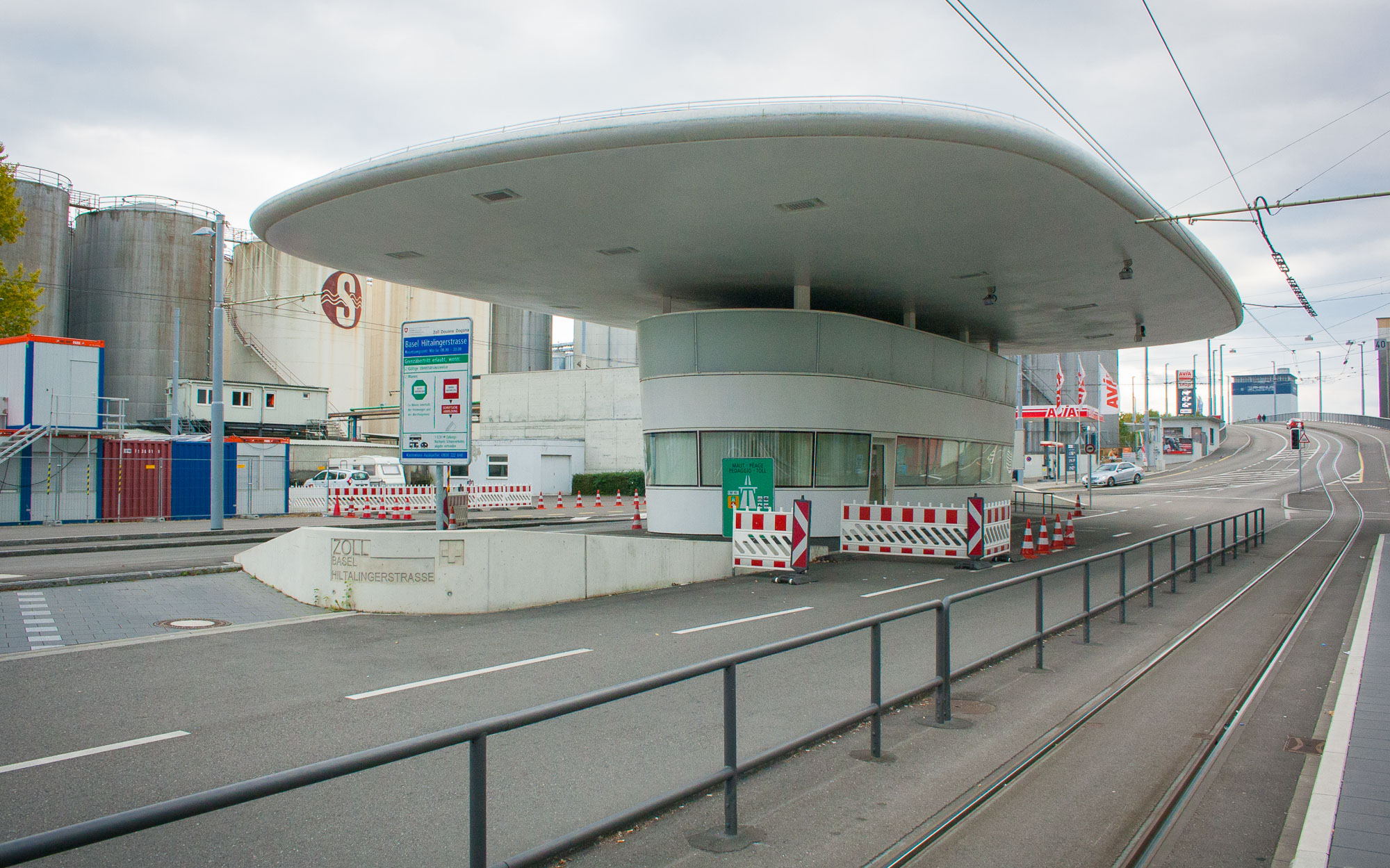 If you’re travelling in Black Forest, chances are that you were provided with a Konus card. This card actually allows you travel into Basel train station on a local trains or a bus. It doesn’t allow much else in the town. We were considering getting a bus from the town of Kandern, which was going every hour or two.

Another hint I guess would be not to travel into Basel on a weekend. At least, if you want to spend some money or get a cup of coffee which is not Starbucks. Not that there’s anything wrong with it. 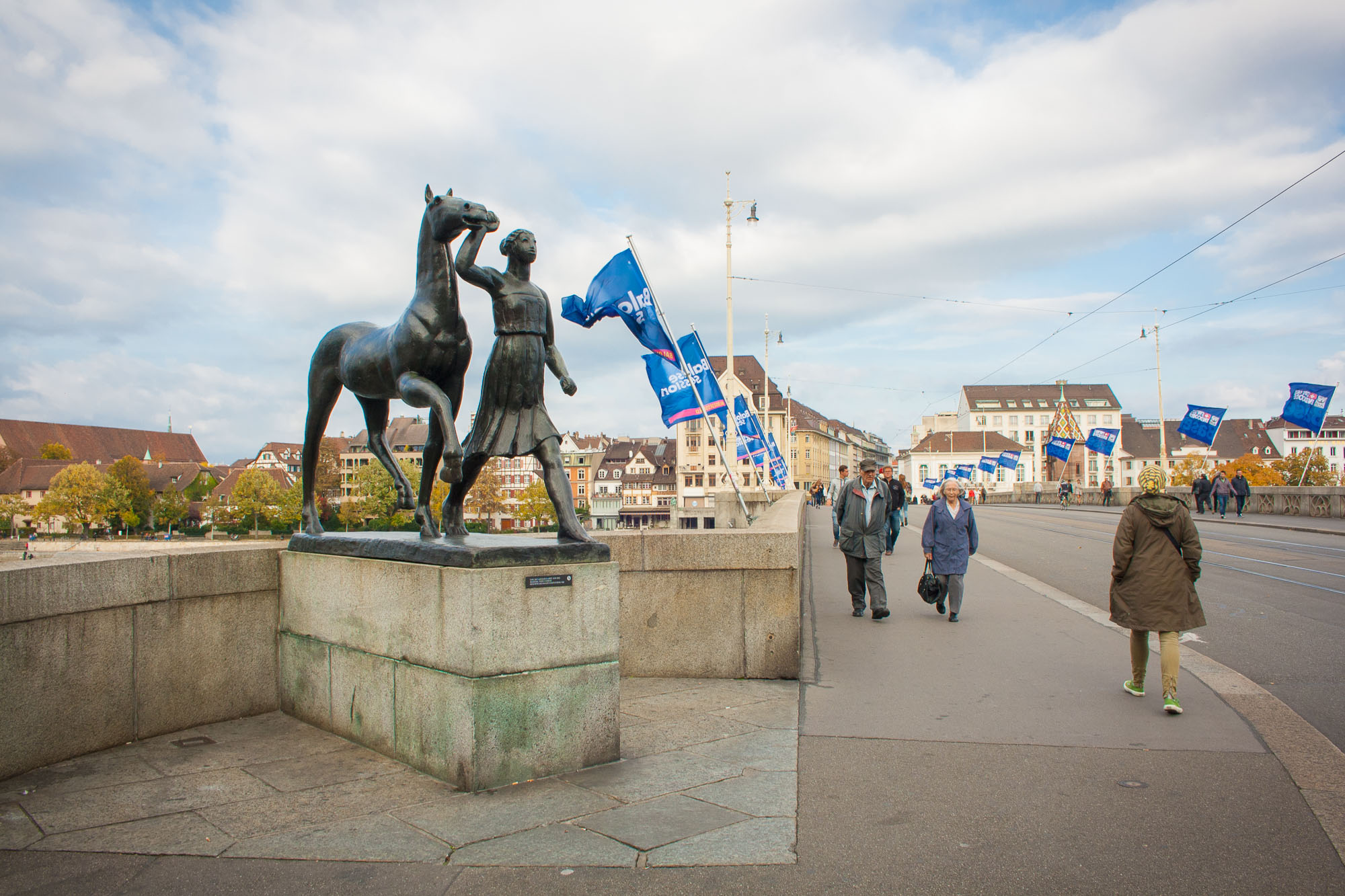 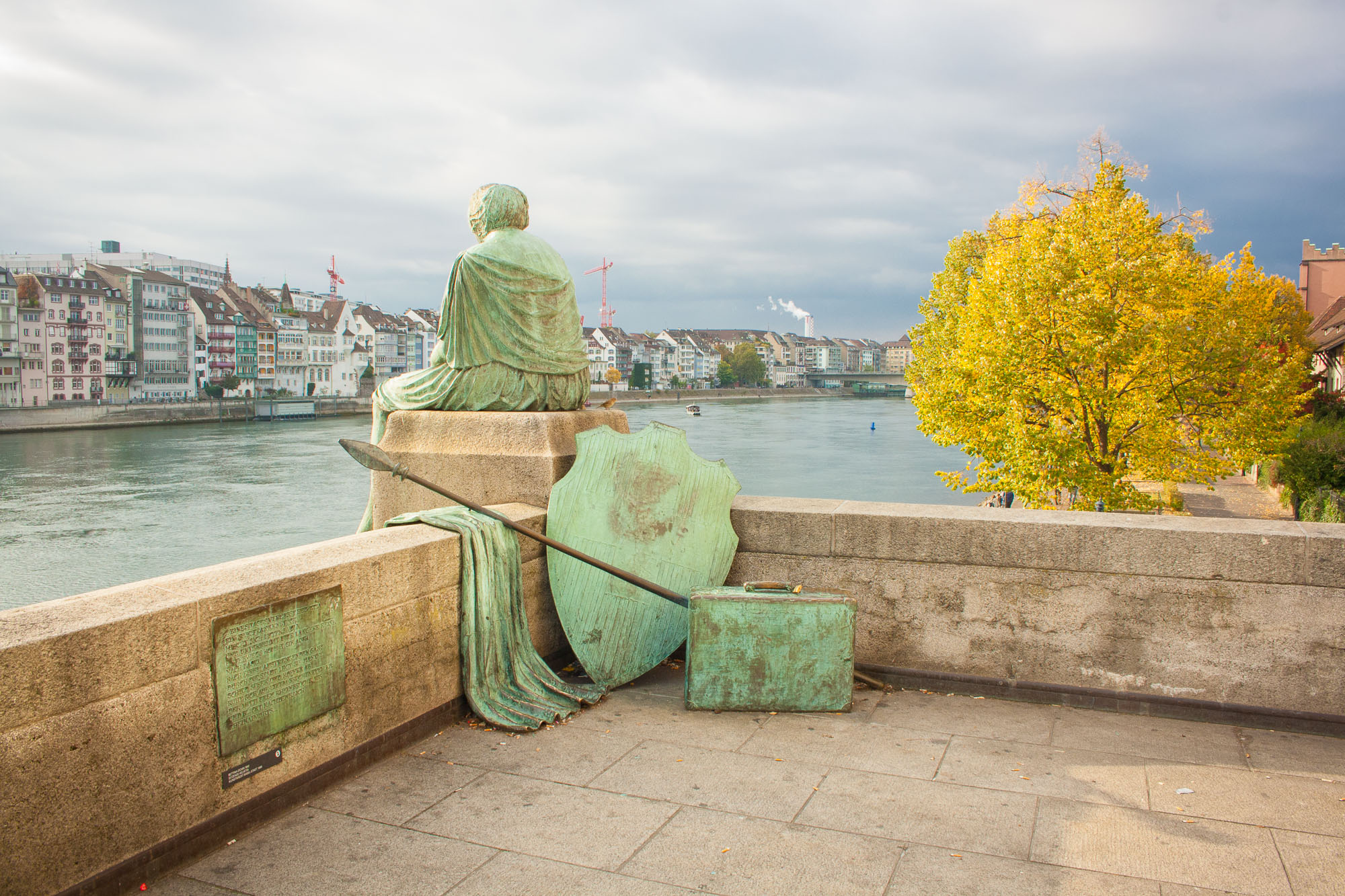