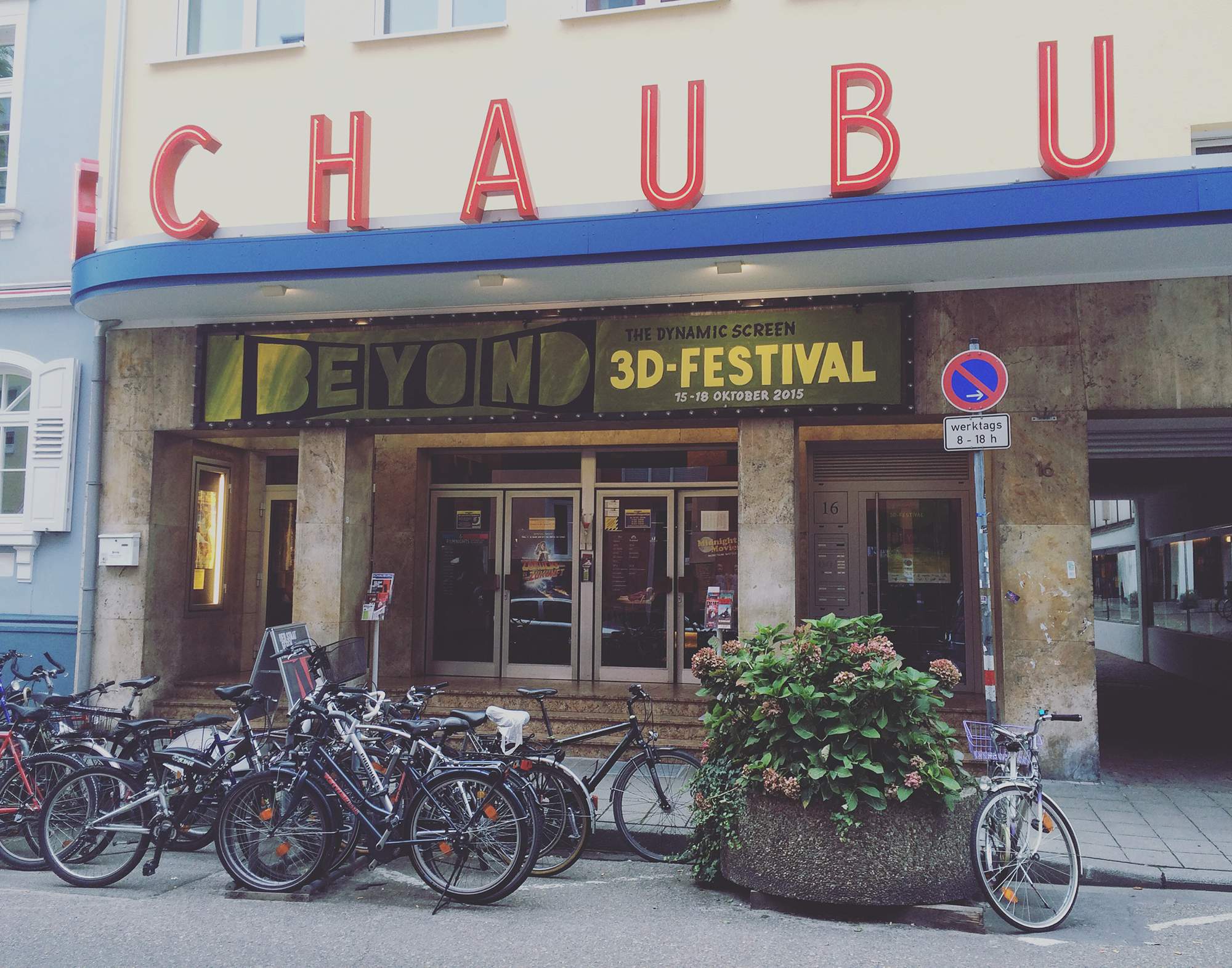 London Timescapes short film was premiered as part of competition programme of Beyond 3D film festival in Karlsruhe, Germany. Me and Stanisla managed to get a glimpse of this presentation this Friday, and it was awesome.

It’s my second time on Beyond 3D fest. First one was exactly 2 years ago, film was Helsinki 3D, place - Zentrum für Kunst und Medientechnologie or ZKM of Karlsruhe. This time they’ve migrated towards the historical town centre, into a David Lynch looking cinema called Schauburg Cinema. Red velvet blinds, glass chandeliers and circular symmetrical stairs. Two screens, and competition shorts were displayed on the largest one. I really need to get a local place to proof watch film in a proper cinema before sending it for festivals - it was great nevertheless, but certain things could’ve been optimised specifically for cinema experience. 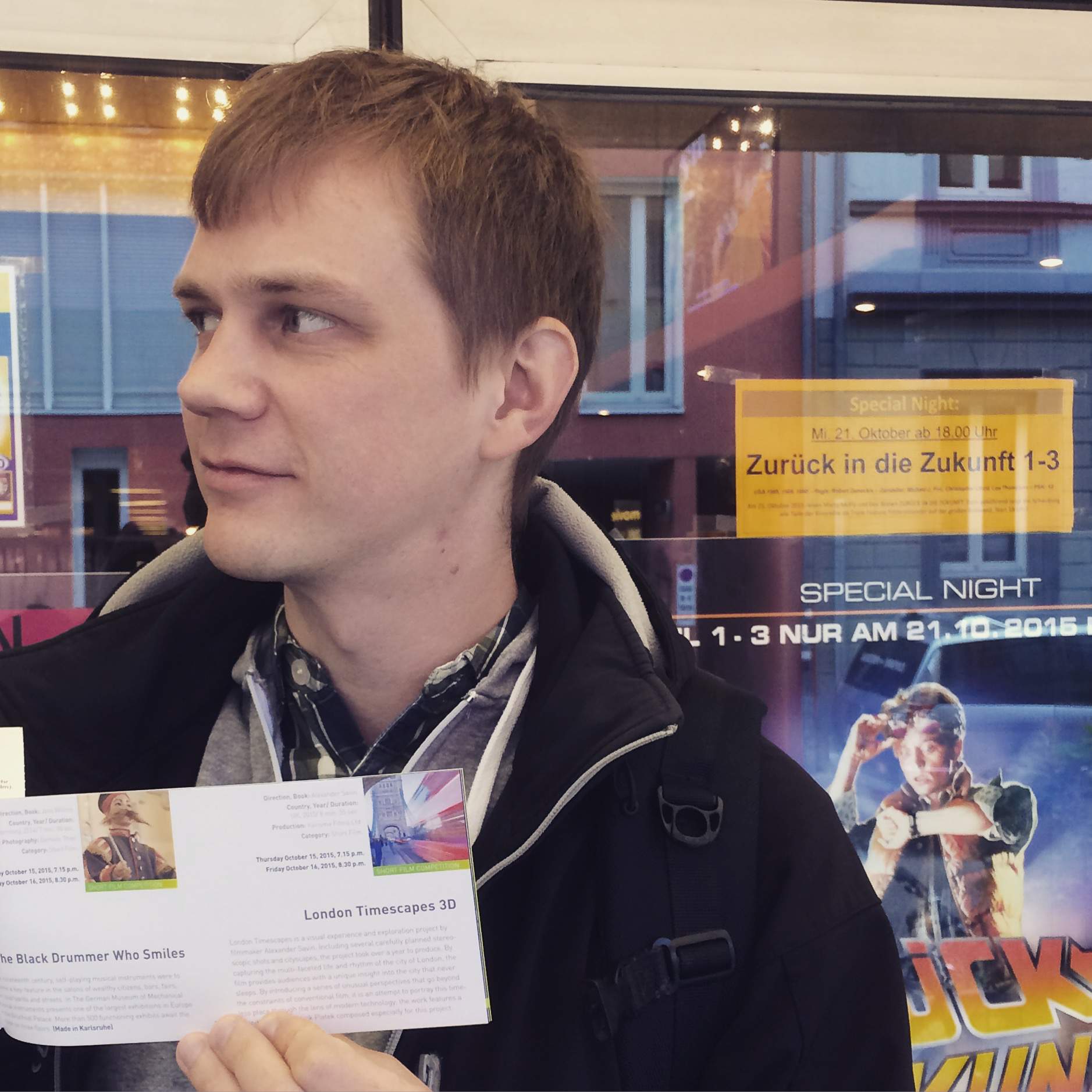 There isn’t much perks for getting selected into competition, but one thing is always for sure - you get fest passes into as much screenings as you can bear. With film fests this is not always great, since they often present you with a bunch of trash you’d rather left unseen. I think with 3D fest situation is slightly better, since the technical barrier is much higher. Having said that, there was still quite a few shorts I’d love to have unseen. It seems that the world of YouTube and Vimeo in a way makes world a huge favour - it’s really hard to get through with a highly conceptual but trashy looking, and simply questionable productions. Festivals are their last refuge.

I’ve submitted London Timescapes for Barcelona 3D Music & Film fest now, with some luck it might get some screenings there this December. Might actually go there to catch some fun. Meanwhile expect a free release on Vimeo - going to prepare a special version of the film with slight changes from the one submitted to the festivals.

Happy to submit it to more festivals / screening opportunities, preferably in the original stereoscopic format, or even 4K 3D. Ping me.