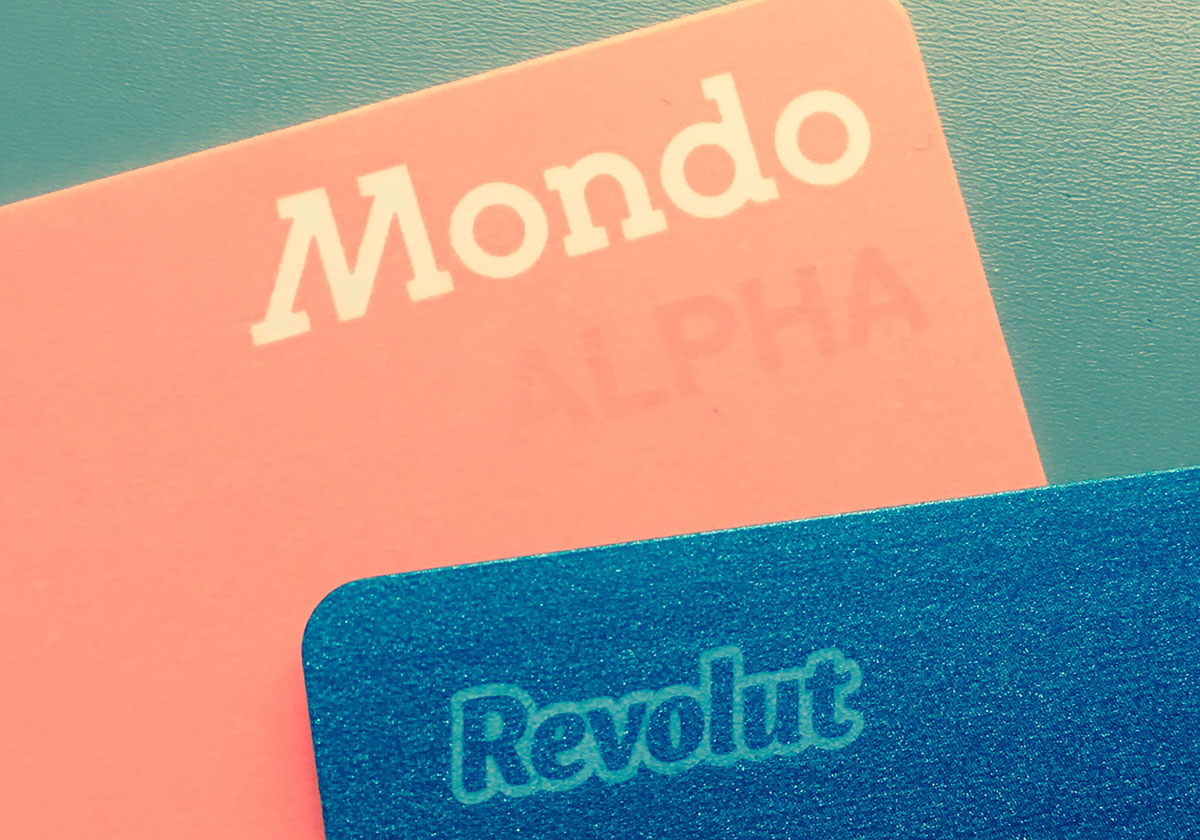 For my recent trip to California I decided to try something new and not bring any cash across the border. Instead I’d bring Mondo and Revolut cards. Latter promised no fees when withdrawing cash from ATM:s across the world.

In case you have no clue, both Mondo and Revolut are London based fintech startups. Mondo is generally based around the idea of slick mobile app and instant notifications, while Revolut is a multi currency card, again, with a nice mobile app and Google-grade exchange rates (meaning - you get same rate as if you’d Google it). I’ve been using both of them in the UK for about a month, but so far never abroad. Upcoming trip to the US sounded like a nice excuse to try them both in the hostile environment of travel.

As soon as we arrived to the San Francisco International airport, I’ve located an ATM (Bank of America) and inserted Revolut card. PIN code worked, and the ATM asked for how much I’d like to withdraw. I’ve put $400. The ATM started making noises, and moment later displayed “unknown error” message, apologised for the inability to provide any cash and ejected the card. Second moment later I got notification in the Revolut mobile app that $401.50 were deducted from my account. No cash were dispensed.

“Oh well”, I thought, “let’s try another ATM”. Minute later I found another ATM (Bank of America) and retried the procedure, but this time with just $100. The story repeated precisely - money got deducted from my account, but no cash and unknown error message. The ATM also encouraged me to call Bank of America.

I was pretty much about to leave the airport, but then stumbled on the third ATM, which was not from Bank of America. “Maybe Bank of America doesn’t like multi currency prepaid cards from England?” I though while trying my luck for the 3rd time. This time it worked. Unfortunately the ATM (I’m struggling to remember who it belonged to, it was next to the money exchange counter) withdrew money from my £GBP account and applied its own conversion rate, which was far from Google rate. While I was trying to withdraw $100, it actually took the equivalent of $115 in British pounds.

At this point we left the airport, and I finally had some cash.

Don’t get me wrong, I’m not complaining - I’m just documenting exactly what happened. The world of finances is full of traps, and navigating this sea of piranhas is tricky, even when you have cheat codes.

I haven’t tried withdrawing cash with Mondo card, but I was paying a lot with contactless Mondo. Exchange rate I got with Mondo payments was basically Google grade, even despite the fact there was only GBP account and they had to apply conversion for each payment.

Revolut card doesn’t have contactless option. In the US more then often they would be able to charge you by simply swiping your card. However things has recently changed - in places like Target they got fancy new terminals that are capable of detecting that your card is indeed chip card. Such terminal would ask you to insert the chip card and enter PIN code. With Revolut card I suddenly started getting rejected PIN code entries, even when I was 100% sure that the code is correct.

Quick contact to the Revolut support (which is fast and excellent) revealed that I have to “activate” the card by putting it into the ATM, entering correct PIN code and checking the balance. It is worth mentioning that I have anticipated such behaviour and have activated the card while still in the UK. It seems that you have to activate the card in each particular country separately when travelling.

Indeed after another successful trial of withdrawing money in the local ATM of the Target (which also took $6 of fees), Revolut card started working perfectly fine. While in San Francisco there are surprisingly little places where you are unable to use cards for payment nowadays. The only exception I can think of was CalTrain tickets machine, which was declining both Mondo and Revolut cards, and I had to produce some of good old cash.

Back to the story with $400 lost in the void. I pretty much immediately posted Revolut support, and they replied that indeed money is frozen on the account, and will be automatically released back to me in about 10 days. They also told the only way of speeding up the process is contact the ATM owner and ask for a special code. I called Bank of America on the next morning, they were very polite, but basically told me same story and couldn’t speed up the process in any way. 5 days later money was released and appeared back on my USD Revolut account.

One thing I realised half way is that Revolut allows you “fee free” cash withdrawal only up to certain fair use limit - $700 in case of US dollars. Frozen money was counted towards fair use and maybe that was the reason for all those ATM fees? I’ve contacted the support, and they confirmed that I indeed overused the fair use limit. I’ve explained the frozen money issue, they agreed to refund. Moment later I got $1.58 refunded back to my account.

There was another funny glitch with Bank of America. You remember when I tried for the second time to withdraw $100 from they ATM? 3 days later they charged my GBP account on Revolut for this amount, but then refunded it back… to my USD Revolut account.

Depending on the location you might not even need too much cash nowadays. For cashless transactions both Revolut and Mondo are quite excellent. Just remember to PIN activate both of them (I assume Mondo will require the same procedure). For cash however ATM:s will impose a withdrawal fee, which will variate from anything between $1.50 to $6. Also never go with the ATM:s proposal to use their conversion rate. It’s a trap.

UPDATE 22.3.2016: Mondo pinged me and said they don’t require you to PIN activate card when travelling.