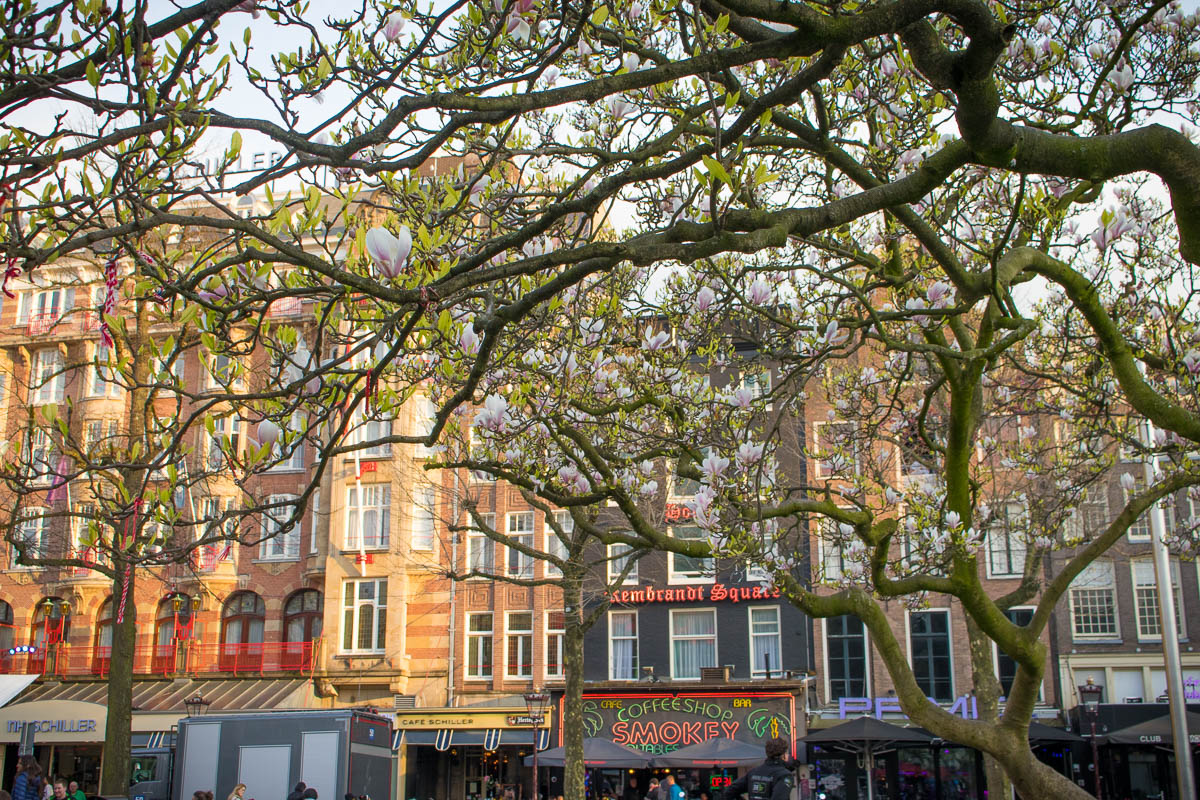 We’re back from the Netherlands. Our base was in Amsterdam, but we also managed to get out of town and travel to a few locations around that beautiful country. For one week I also made daily video log episodes, all of which are now available for watching. As usual, everything is filmed, cut and released during the same day.

We get through the morning rush hour in London to catch a train to Gatwick, then hop on the plane and land in Amsterdam Schilpol airport. Quick travel to our AirBnb location in Spaklerweg, and then evening in the town. We try (second) best potato fries in town, stroll along the channels and see the thunderstorm in the night.

First thing to do in Amsterdam is to get some culture at the Van Gogh museum. Timelapsing at the museum district, lunch with some freshly crawling caterpillars, boat trip around the city with lots of channels and bridges. Stanisla is amazed by local tulips. We get to try proper local waffles.

We travel to the highly recommended Keukenhof flower park. The way to get there is via already familiar Schilpol airport. Keukenhof is one busy place. Later we hike away to the village of Lisse, discover local flower museum and the most amazing pancakes of the whole trip.

One hour train ride to the town of Delft for some traditional royal ceramics. Royal Delft is a factory and a museum which get you around the history of blue and white porcelain, as well as let you into the actual factory to see how things are done today. We stroll around the old town, and in the end Stanisla must decide which bunny she is going to keep.

Day 05: Crossing to the other side

I’m getting to the northern half of the town by taking the wrong ferry. Some glimpses of the React Amsterdam conference, timelapses of the sea traffic, abandoned Soviet submarine and a late evening hunt for waffles in the central Amsterdam.

Day trip to the town of Utrecht, which is surprisingly near by. 20 min on the Intercity train takes you from busy Amsterdam to the quiet relaxing streets of the 4th largest town in the country. We check the train museum, which is highly interactive and entertaining. Centre of the old town also features a monument of the golden train. Stanisla tries to pay for a parking of her yacht on the Utrecht channel.

We’re catching a plane from now highly familiar Schilpol airport. Cloud spotting from the window, getting on the train in Gatwick. I also do a brief unboxing of the Oculus Rift headset, which arrived a month earlier.